The Vet on Veterans Day 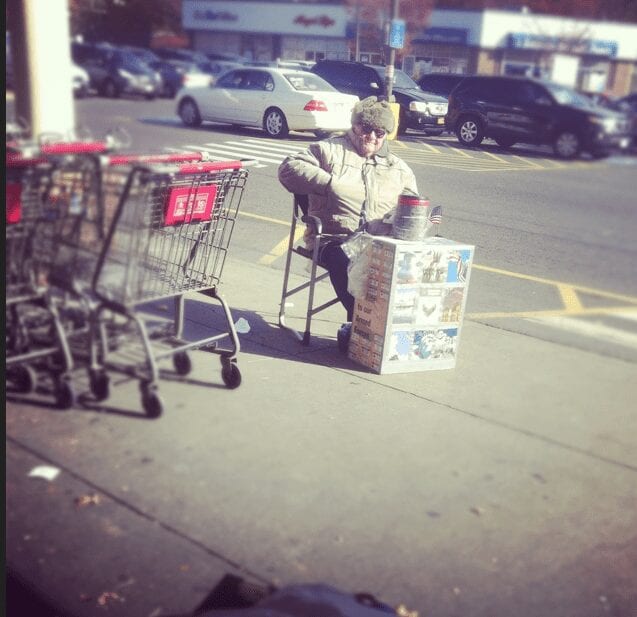 The daughter and I hit up Stop ‘n’ Shop a few hours ago. We needed ingredients for tacos; a couple of apples; some juice; noodles.

On the way into the store, we came across a Korean War veteran. He sat in a folding chair; was probably in his late-70s. He was wearing a winter jacket with a thick hat. In front of him was a barrel—he was raising money for his local VFW, which funds different charitable endeavors.

My daughter gave him some money, then we stood and chatted. He was a nice man from Yonkers; a guy doing his duty, trying to make a difference in a world where it’s hard to make a difference. He was soft-spoken and kind. Happy to have folks to chat with.

Too often, this is how we treat our veterans. We see them, in their hats, with their cards, in their wheelchairs, asking for money—and we ignore them. Today, at the supermarket, I saw one person after another after another pass this honorable man. They would peek from the corner of an eye, hoping to avoid at all costs. They didn’t want the guilt, I suppose. Or the embarrassment. Or the awkwardness.