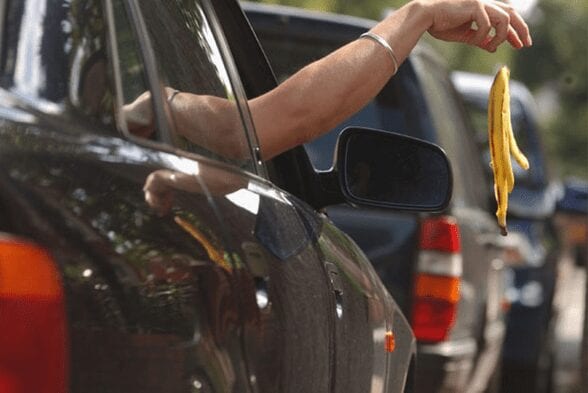 Not sure if I’ve shared this before.

Back in the late months of 1999, when I was driving around Atlanta with John Rocker, I witnessed many crazy things from the Braves closer. He bashed foreigners. He bashed gays. He bashed blacks. He bashed Asian women as drivers.

We were walking along the sidewalk of an outdoor plaza, en route to lunch. John was in front of me by a few steps. He dropped his pen to the sidewalk. I picked it up, assuming it was an accident. “John, you dropped your pen,” I said, handing it to him.

I was surprisingly staggered. You meant to drop your pen? Really? On purpose? When it still works? When, literally, there’s a trash can five feet away? What kind of perso—

Then it hit me. This guy was a f*cking asshole.

But he’s not alone. Moments ago, here in Starbucks, a woman unwrapped a straw, placed the straw in her drink, then allowed the paper to flutter to the ground. It wasn’t an accident or an oversight. She did it, clearly on purpose. Because, hey, why not? Come to think of it, back in Nashville I once took a woman on a date. She was gorgeous beyond gorgeous—easily the hottest person I’d ever convinced to accompany me anywhere. Well, toward the end of the evening she asked if we could stop at the McDonald’s drive-thru for a beverage. “Sure,” I said. Michelle (her real name) proceeded to take the drink, roll down the window and, moments later, chuck her rolled-up bag onto the sidewalk. I was dumbfounded.*

Many things infuriate me in this world. But few things more than the blatant litterer; than the assholic presumption that someone else should pick up your crap. Generally, that someone else is a low-paid worker walking the street/store with a broom and a dustpan. He’s the person struggling to make ends meet; the person asking for extra hours in order to afford the rent.

It takes a special breed of callousness to be OK with this.

By special, I mean … awful.

* We never went out again. I’d love to say it’s because of my principles. Truth is, she never called me back. Dang. 🙂