State of Play, Play of State 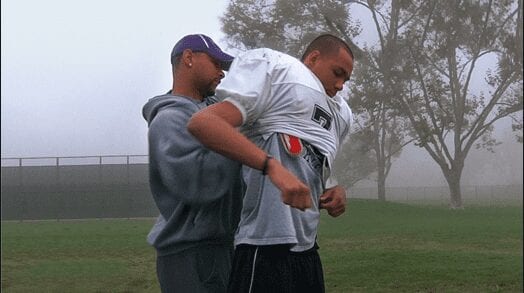 Just got done watching “State of Play,” the new HBO documentary on sports parents. Though the material wasn’t groundbreaking, it was a solid 56 minutes of vignettes on whining, moping, screaming, pouting adults and the children they hope to one day push into the NBA, NFL, LPGA and WTA.

I happened to have been raised by two exceptional parents, neither of whom ever pushed me when it came to sports. Oh, Mom and Dad attended most of my Little League games and road races. But they never screamed at me, or criticized my showing. It was always, “Good job!” and “Are you happy with how you did?” and  “Congrats! You survived another one.”

Then we’d grab some ice cream.

Ultimately, they left it up to me to discover my own passion. Nothing was thrust upon me; nobody nudged me this way or that. When I nailed a summer internship at a newspaper in Illinois after my sophomore year in college, Mom and Dad let me take the car for seven weeks, handed me some spending money and wished me well.

Twenty-one years later, I’ve thrilled with the path I chose.

The path nobody forced me to take.