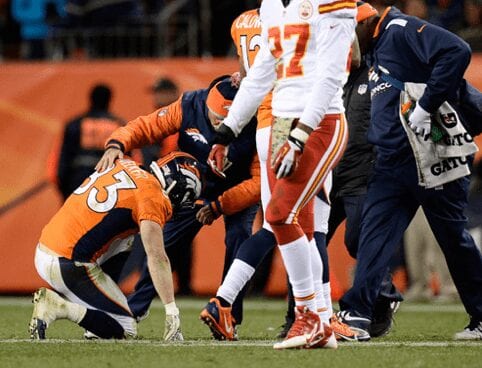 I am writing you this letter. I know you’re not reading it, so perhaps the whole exercise is pointless. Still, I’ll give it a go.

Wes, have you not been paying attention to the news on CTE and concussions and the hundreds upon hundreds of former NFL players who can’t remember their names; who wind up in assisted living communities, drinking strained peas through a straw? I’m being 100-percent serious here. These men, like you, believed in the bullshit machismo code of the NFL, which dictates one plays hard and plays all the time—physical and mental damage be damned. These man, like you, had their bells rung repeatedly, yet tried their best to hide said information from team doctors (if the team doctors even really cared—which, oftentimes, they didn’t).

Wes, next week’s big game isn’t that big. The Super Bowl isn’t that important—they played one last year, they’ll play one next year. What’s important is your health, and your family, and your kids having a father of full mind and mental capacity.