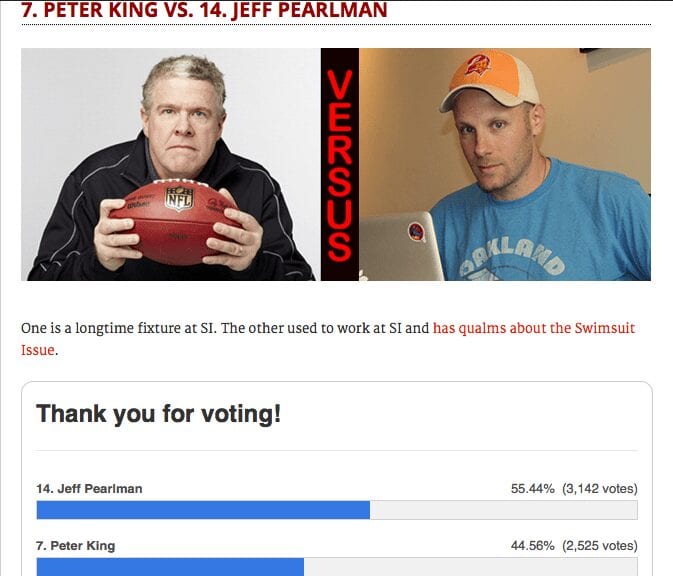 True story. Back when I was a student at Mahopac Junior High, then Mahopac High School, I ran for office in five student government elections—and never won.

Literally, not one time. I’ve blogged about this before. I first ran as a seventh grader, and the mighty Jerry Tesler crushed me in the class presidential race by, I believe, a total of 300 to 30.

This theme repeated itself. I ran for VP—lost. Representative—lost. President again—lost. Mitch Jacobs beat me. Ari Pollack beat me. Jeff Kramer and Jessica Stein and Gina Girolamo all thumped me. Destroyed me. Killed me, and crushed my zit-faced teenage spirit. And here’s the worst part of it all: I REALLY wanted to serve. I had ideas. A third lunch line. A vending machine. Big, huge, enormous stuff that could have changed the world.

But … noooooo. The friggin’ popular kids won, what with their evenly parted haircuts and their $60 sneakers and their blue-and-gold knit cheerleader skirts. And, because of that, we suffered through two lunch lines. The vending machine never arrived. The class trips sucked. I was gifted with the stuff needed of a (admittedly powerless) high school rep, yet the throne eluded me, just as it eluded Bob Dole and Mike Dukakis and a Grammy-less Kid ‘n’ Play.

Well, today I bring forth this message to all the classmates who refused to cast a vote for Jeffrey Robert Pearlman, geek runner and newspaper sports editor …

Yes, I am the motherfucking man. Not Mitch. Not Gina. Not Jeff Kramer or Ari Pollack.

Shortly before sitting down to write this, I learned that I had made the Final Four of The Big Lead’s March Madness media tournament. If I can somehow down Peter King, I’ll reach the finals of a tournament that, admittedly, four people know exist. I will no longer carry the baggage of being a five-time loser; of being so ridiculously unpopular that, when asked to vote for me or no one, most students surely would have picked no one.

And when that day comes, I will return to the halls of Mahopac High School, where confused 17-year olds with Instagram accounts and no remote knowledge of the music of Hall and Oates will be forced to listen to my victory speech.