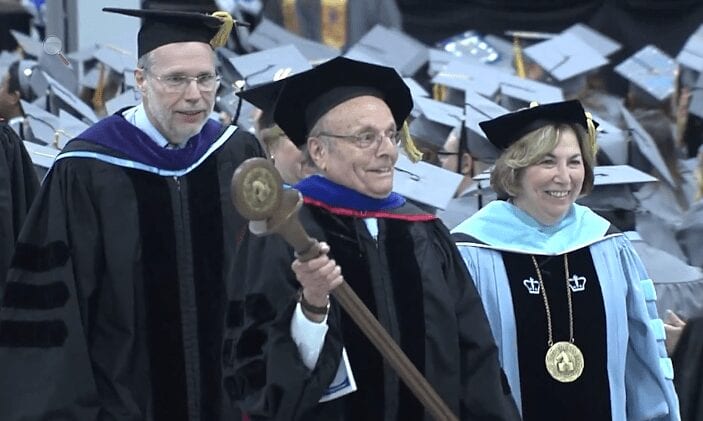 This morning was field day at my daughter’s elementary school.

Back when I was a kid, I absolutely loved field day. Running, throwing, hopping, competing—what was not to dig for a young boy who fancied himself the next Garry Templeton? My daughter, however, has no such aspirations. She’s a wonderful girl who has a big, beautiful creative mind but cares nary an iota about sports. That’s always been fine with me. I long dreamed of having a daughter, and she’s 100-percent lived up to all of my hopes and expectations. She has my heart.

Which brings us to field day. One of the first events—pitting the four fifth grade classes against one another—was a race involving hula hoops and large blocks and … and … it’s not even worth explaining. It was formatted as a relay, so one child went after another. When my daughter’s turn came, she sorta spit the bit. Neither fast nor particularly strong, she went through the motions with predictable results. When the thing ended, several of her male classmates—over-competitive, just as I once was—blamed her for the setback.

Watching from about 20 yards away, I saw her face turn sad, but tried to stay out of things. As a parent, sometimes you need to let your child face hardship sans intervention. Then she approached and began to cry. Small tears that got a little bigger. I gave her a hug … and that’s when the magic happened.

A female classmate saw her sobbing, came over and began to hug her. She said, “Group hug!” and three other girls formed a hug circle. Then two other girls. Three more. Before long, my daughter was encased in an enormous hug. A few boys even joined in—no simple task for fifth graders.

Suddenly, at the same time her tears dried, mine formed. I was wearing sunglasses, so nobody noticed. But it was one of the most beautiful things I’ve ever witnessed.

And a moment I will never forget.

PrevPreviousThe Drinker and the Hostage
NextI just want to watch a movie, dammitNext