Teen Female Athletes Have it Tough 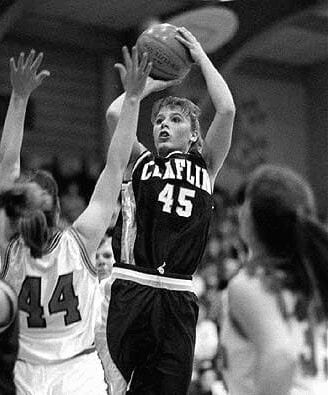 Ashley Kummer is a student at Pace High School in Pace, Florida. Here, she writes about the difficulties girls face when they participate in high school athletics. You can follow Ashley on Twitter here.

Being a girl in high school can be tough, and I’m not just saying this because it’s cliché. We females have so many different factors playing a role in our mental states. Academics, the pressure of getting into college, social status, image, boys—these are just a few priorities that occupy the mind of a typical female high school student.

Now add the demanding schedule of a high school sport into the mix. The long practices taking place every day after school, the early morning weight lifting, the multiple fundraisers for your team, the struggle of finding the perfect bow to match your uniform. Being a female high school athlete can get pretty chaotic, and often, we don’t get as much credit as we deserve.

A lot—if not a majority—of the spotlight goes to the boys. I’m not saying male high school athletes don’t deserve as much attention, but it just makes me mad that it’s all anyone (including the school) ever cares about. Yeah, they’ll announce that the girls’ softball team just won districts over the PA system during sixth period, but it’s nothing compared to the ostentatious pep rally for our football team that we get out of class to attend.

Female athletes work just as hard as the male athletes do, day in and day out. We’re out on the field or in the gym, putting in the extra sprints, pushing ourselves to the limit, allowing buckets and buckets of sweat to pour out of our overly exhausted and sore bodies. “I feel like girls are overlooked. There are a lot of athletic girls in the world; the stereotype of girls only caring about their looks and drama and boys are what make them seem not athletic,” says Trevor Estrada, a senior baseball and soccer player at my school.

Girls have to feel good to play good, whereas boys have to play good to feel good. Both genders can be equally as competitive, but girls tend to show more emotion as opposed to the boys. “Being a female athlete is difficult in general because of stereotypes and lack of funding,” says Madalyn Ames, a senior softball player. When boys get all the attention, both in the press and with economic funds, a girl’s mindset can go from sky high to rock bottom. It isn’t fair that we girls bust our butts just as much as the guys without even half as much credit. I know boys still work hard, but from a female athlete’s point of view, it seems a whole lot easier to get recognized and even get a scholarship if you’re a dude.

Don’t be quick to jump to the stereotypical high school girl conclusion when we are working just as hard as the boys.