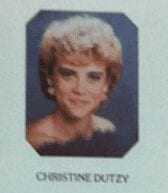 I am a fan of directness.

It’s not always easy. In fact, it’s often painful. And awkward. And offputting. I’ve had editors who tended to be passive aggressive, and it’s maddening. “You know, I like what you’re doing, but, well, the thing is, don’t you think it could be better if maybe you try and …”

This comes from my mom. Joan Pearlman is a hard New Yorker. As a kid, I used to think she was the toughest woman on the planet. She was a probation officer. Others in her office carried guns. She refused. “Why do I need a gun?” She was saying that probation officers weren’t threatened all that often. I took it as, “I don’t need a gun, because I’ll fuck you up with my hands.” Mom was direct. Painfully direct at times. She had a job where she told people how and why they were botching their lives, and she was comfortable treating me and my brother the same way. At times, it hurt. Now, however, I’m thankful.

I grew up in Mahopac, N.Y., a small, oft-narrow town. I’ve made fun of my boyhood quite often, but one thing it supplied me was the ability to look someone in the face and say, “You’re being an asshole.” Mahopac was very blue collar, very Irish/Italian, very direct. If you sucked, you sucked. If you sucked badly, you sucked badly. It wasn’t a place for coddling, and I always dug that.

But I’m being direct in my babble.