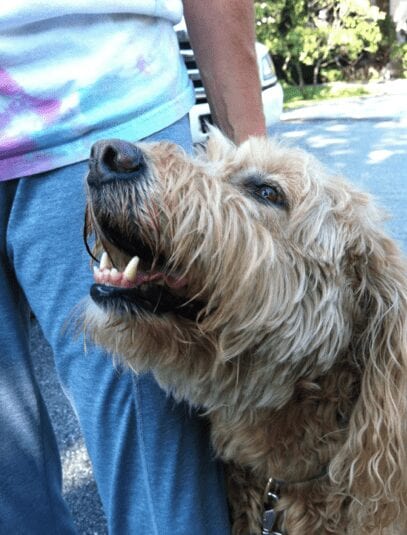 So a few weeks ago I took my son Emmett to a store to buy his sister a birthday gift.

We parked in a metered space, but when I put money in the machine, nothing happened. “Well, we’re gonna be quick,” I said to the boy. “It’s broken.”

We shopped. Quickly. Upon returning to the car, there was a ticket in the window for $25. “Fuck,” I muttered under my breath. A court date was printed on the back of the paper—August 20. Which was a day I’d be with my kids from early to late. I wasn’t going to drag them into a room to sit for lord knows how long. Hence, I resigned myself to paying the (fucking fuck) $25. I went to Eastchester City Hall, walked down to the parking violations area, met a woman at the window. “I’m paying,” I said, “but just so you know, the meter is broken. I put money in and it didn’t register.”

“Wait,” she said. “Go upstairs and tell the police. They’ll check the meter. Call in a few days. If they found it broken, you won’t have to pay.”

I followed her steps. I called a couple of days later. “The meter isn’t broken,” someone told me.

I was also informed that I could show up at 9 am (any day) and try to fight. So, yesterday, I showed up at 9 am. I handed over my ticket. I approached the judge. He wore a black robe. He was friendly, but rushed. “What happened?” he said.

“Well,” I replied, “I parked, I put money in the meter, the money didn’t register, I got a ticket.”

“The officer says the meter isn’t broken,” he countered.

But here’s the thing: It’s total bullshit. Eastchester has a broken meter. I lose money at the meter. Then I’m fined $10 for the city’s broken meter.