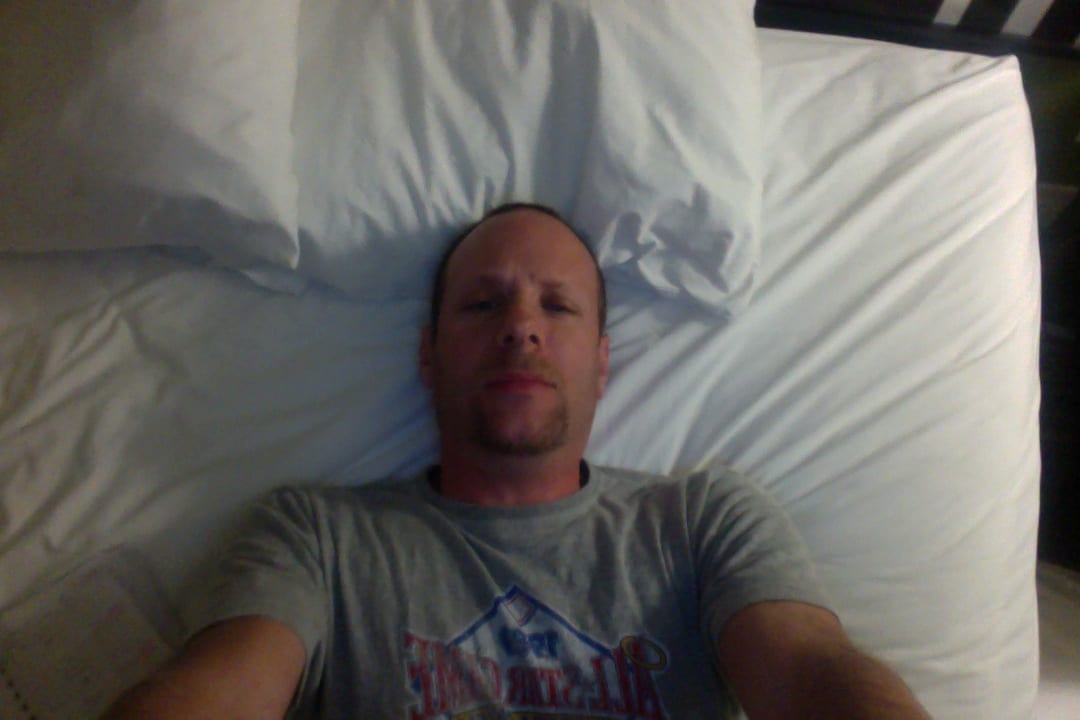 As soon as I shook the cobwebs from my skull (they’re still there, though, just in fewer numbers) I told Furman that waking up in a Quality Inn is like being surrounded by a big piece of gray cardboard. She told me that was a bad analogy, but it’s sorta how I feel. It’s damp, drab, uninspired. The walls are, literally, booger green. There’s an ironing board, the hum from the air conditioner, a small microwave and a bunch of lamps nobody would ever pick for their homes.

Furman is an interesting story. We met at Delaware, worked together for years at the student newspaper, The Review. My senior year, when I was editor of the paper, she was in charge of the features section. Initially it was called “Section 2,” but a bunch of us decided it needed a re-branding. So we had the staffers offer different potential names. Somehow, Furman came up with the very Furman-esque word, “Serendipity”—one very few people seemed to like. Yet a vote was held, a “Serendipity” won. What I never told anyone was the vote breakdown was like, four (“Serendipity”) to three (keep it “Section 2”) to two (“Excitement!”) to two (“Life!”).

So “Section 2” became “Serendipity,” which I always referred to as “Dipshitipity.” Which was quite fun.

I digress. Furman is the ideal travel companion, because she’s armed with stories, she’s wordly, her iPod has 7,000 songs (Cree Summer’s “Soul Sister” is a newly learned favorite) and she’s a big fan of Sheetz, the south’s answer to Wawa.

Now, I need to brush my teeth.

PS: I need to add this. After reading the post, Furman said, “I don’t think you spell ‘Booger’ like that. I said, “How do you spell it?” She said, “B-u-g-e-r.” Which I looked up, because my head is spinning. And, of course, I’m right. Booger!