There was an empty chair 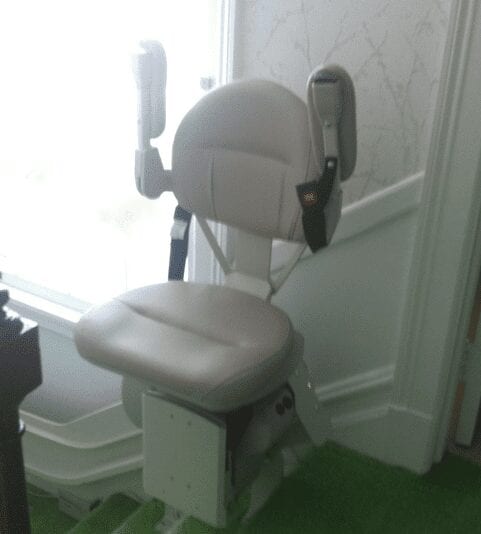 We attended a funeral today.

It was for Rita Fieber, my wife’s aunt’s mother. She was 96, and died after a long and fruitful and joyful life.

To a certain degree, I knew Rita in the way a guy who marries into a family might know his wife’s aunt’s mother. She attended many family holiday parties at my house; we shared dinners a couple of times. There were cheek kisses hello and cheek kisses goodbye.

But there was also something more.

I liked Rita. Really liked her. Inevitably, at most family functions, I’d find myself sitting across from her on a couch or couple of chairs, talking books or movies or politics. She wasn’t the cliche senior citizen, hard of hearing, leaning on a cane, either hyping the virtues of Benny Goodman or observing the buzz from an emotional and physical distance. No, Rita (to be blunt) knew her shit. She was involved, curious, happening. She drove until her final year. Walked with a pep in her step. She lived for her children and grandchildren and great grandchildren, was involved heavily in her local synagogue (even though she wasn’t particularly religious), traveled as much as she could. Even if you were the most extended of extended family members (as I was), she treated you as if you mattered.

Anyhow, the funeral was heartbreaking, as was the burial (there’s something about the sound of dirt landing atop a coffin that hits a person). But, for me, what stuck was the shiva call, which took place in Rita’s home. It’s something we Jews do—an odd ritual that merges the sadness of loss with the joy of whitefish salad, lox and cinnamon raisin bagels. Everyone gathers to talk about, well, everything. The lost relative. The Jets’ upcoming schedule. Fall plans and first loves and on and on.

Throughout the afternoon, I roamed from room to room, across Rita’s lushly distinctive green carpet, past myriad photographs of her grandchildren, up the stairs, into her neatly arranged bedroom. It’s a weird thing, walking through the home of a person who recently passed. I’d turn corners and half expect to see Rita there, standing, chatting with Aunt Nancy, maybe sipping from a cup of tea or explaining how to perfectly fold a napkin (Rita was big into manners). Then I’d remind myself, “Wait—she’s gone. She’s not here.”

And it hits you.

For me, the item that really spoke was an electronic chair, which waited patiently at the top of the steps. Until her final year, Rita walked everywhere in the house. When her health faded a bit, however, she came to begrudgingly use the chair from time to time. Up. Down. Down. Up.

Now, with the smell of lox glued to my fingertips and the buzz of wayward conversation coming from below, I gazed long and hard at the chair and thought how sad it is that Rita Fieber—beloved by so many—would never again take a seat.