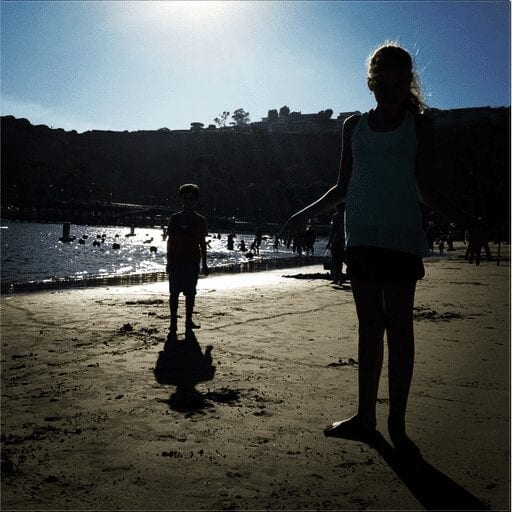 Received this e-mail from a reader the other day. She said I could run it, as long as she remained anonymous. Fair deal, great points …

I just read your post about the “ice bucket challenge”, and would like to offer some of my own thoughts. I had considered just making a public comment to reply, but, there are some things I wouldn’t want going out for the whole internet to see (yet). Hence, you get the fun of getting this in an email.

I have been a part of the Relay For Life of Second Life for six years now. It was something I became involved with after losing my partner to liver cancer in 2008. Along with that, I’ve been part of a small group of people trying to get the National Kidney Foundation actively and officially involved in Second Life over the last four months, after losing a very dear friend to kidney failure in early May. Needless to say, volunteer work and supporting causes has been a major part of my life these last six years.

Like you, I have issues with this whole “ice bucket” thing for ALS. Now, you would think someone like me would be the first to say “Do it! Support the cause! It’s bringing in money!”

But, I can’t. And you touched on some of it quite well.

Part of my problem with the ice bucket challenge is just that. “Challenging”. When you think about it, it’s calling out and/or shaming people into supporting a cause THEIR way. This is something I know all too well – both personally, and generally.

On the general level: A big part of the fundraising for our Relay in SL has been through “bid me balds”, basically asking (or even challenging) people to remove their hair for X number of days, depending how much gets raised during the week. It’s been going on since 2007, and is billed as “doing it to show solidarity with those battling cancer, who didn’t have a choice to lose their hair”. In theory, maybe. Maybe it was that way. But, over the years, it has morphed into some sort of initiation ritual. It has turned into brow-beating people into going bald, as if that’s the only “right” way to Relay. And, instead of it being a true statement about cancer and chemo, it’s often turned into a joke – complete with comments about Turtle Wax and the like. Basically, what may have been about “solidarity” has now become about people saying “Look at me, I’m bald!” or “I got you bald!” A hairless 3D avatar has now become a bigger statement than the cause itself. Besides that, what of those who think it’s a lousy way to show solidarity? I know people battling cancer who have lost their hair in real life thanks to chemo, and DON’T want to do so in Second Life as well. I know people battling cancer who have begged everyone they know “Please, for me, DON’T go bald. I hate that I’ve lost my hair, and seeing people do so for me only makes me feel worse.” I’ve often told some of these people “I show solidarity with cancer patients. I show solidarity by fighting for them. I show solidarity by being there for my friends when they need me. I showed solidarity by refusing to leave my partner’s side until the day this damned disease took her from this world. And, that is far more meaningful than just removing the hair off my avatar.”

On the personal level: I have been “called out” to go bald several times over the years, much like our new 2014 trend of challenging people with ice buckets. I’ve refused, knowing that my late partner would’ve greatly hated it, and not felt it was “showing solidarity” with her. On top of that, I’m (in)famous for my outrageous fashion sense in Second Life, and have been both called out publicly, and harassed privately, to “be bid into normal clothes” for Relay, for years now. It’s been something I’ve refused, because I’m not only personally uncomfortable with it, but, because, I don’t feel that putting people on the spot and humiliating them is the way to raise funds or support a cause. There’s a difference between light-hearted teasing and humiliation. There is also a difference between offering up something yourself if people meet a goal, and being pushed into doing something that someone else wants in the name of “the cause”. I feel the latter not only starts to feel like some of frat house initiation, but also completely takes away from the message and purpose.

I have been watching this whole ice bucket trend go on, with that in mind. That not only does it feel like brow-beating and trying to haze people into “supporting” the cause (which I obviously have a strong reaction to anymore), but it feels like an empty, meaningless gesture. In fact, the gesture now means more than the cause, when you come right down to it. Maybe it has brought in $15,000,000 more than the foundation(s) fighting ALS would normally see by this time of year, but, has it made a real and lasting impact? I hear a lot of call-outs. I see a lot of ice bucket videos. But, how much are we really HEARING about ALS? Is this really reaching out to people? Is this really educating and impacting people?

My guess: No. It is likely to become an empty trend and rite of passage, much like a bald avatar or an X cap. The X cap eventually became a meaningless fashion statement. Taking one’s virtual hair off doesn’t have the impact that being a supportive friend does for someone battling cancer. And, yes, I imagine the day is coming (maybe even soon) where people will start laughing off ice buckets, then forget about them – and what it was about (or allegedly about) – altogether. Those who think “charity” should be about calling people out will find a new rite of passage and a new cause of the moment. Those thinking they’re cool and cute on YouTube will find a new trendy thing for their videos. And ALS will fade back into the background. Sad, but true.

I am glad the ALS Association has seen a boost in donations, don’t get me wrong. But, to make a lasting impact, you need to reach out to people. You need to show them how ALS affects people – like Lou Gehrig, and Stephen Hawking, and Steve Gleason. This is not to say that charity efforts shouldn’t be fun, but, without showing why it matters on a personal level, it will not make a long-term impact. “Here’s what ALS does, and how it affects people” will send a far more meaningful message than “I’m going to dump a bucket of water on you.”

On top of that, people should support a cause (or causes) because they matter. Not because they’re “challenged” to, or because it “looks cool on YouTube”. Yes, ALS is a terrible disease. Yes, the ALS Association needs support. But, I wish people would get involved because they cared. Go out and make a real difference. Volunteer a few hours. Reach out and educate.

It just saddens me to see that anymore, it seems some people can’t support a cause without challenging – either thinking challenging someone is all they can bring to the table, or that being challenged is the only way to get a person to do something.

To put it briefly: Yes. This Relay veteran, who is also working on starting up their own fundraising efforts for another charity, sees this as all wrong too. And, no, I would not blame you in the least if you continued to refuse to take part in this challenge. You cited some very real reasons why you don’t feel comfortable with doing so, and, I fully understand and agree.