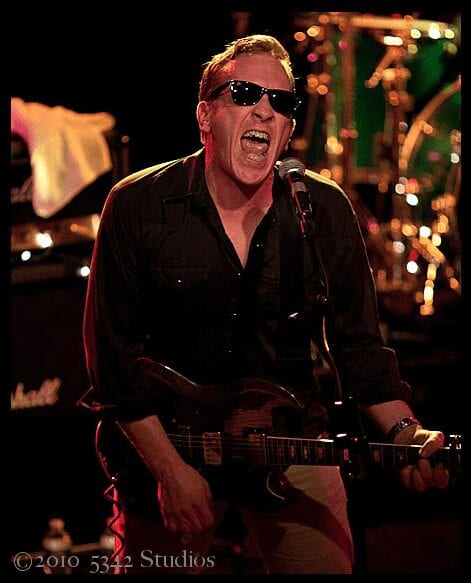 If you’re a product of the late 1980s/early 1990s, you almost certainly know Buffalo Tom, the Boston-based alternative rock band that brought forth such tunes as Postcard and Late At Night and was a staple (musically) on the beyond-awesome TV show, “My So-Called Life.”

Bill is the lead singer of Buffalo Tom. He’s also a dynamic solo artist. He’s also a prolific writer who recently authored Rocks Off: 50 Tracks That Tell The Story of the Rolling Stones. His blog, Part Time Man of Rock, features a Cover of the Week project that offers his renditions of various pieces that have impacted his life. Hell, he’s even a real estate agent.

JEFF PEARLMAN: OK, Bill, so in 1986 you were one of the founding members of Buffalo Tom, a kick-ass band that’s had a helluva run. I wonder, though, what changes with musicians and bands as they age? Maybe I’m wrong here, but it seems like something becomes slightly lost. Enthusiasm? Energy? Hunger? Or am I totally wrong?

BILL JANOVITZ: Seems like a huge generalization that might be accurate in specific cases and completely inaccurate in others (most?). Most of the musicians I know my age are still playing passionate music, even to small crowds, in bars, clubs, theaters, and more. The more I think about this, the more I think it is mostly inaccurate.

J.P.: I know you’re a Huntington, N.Y. kid who went to UMass. But where did your music interest come from? Who sparked it? When did you first pick up an instrument? In short, what’s been your journey?

B.J.: From the earliest moment. Records, AM radio, trumpet in school, guitar at 12. First band at 13. All I ever wanted to do for most of my life. Moved to Massachusetts, formed some high school bands. Finally clicked with Chris and Tom at UMass. 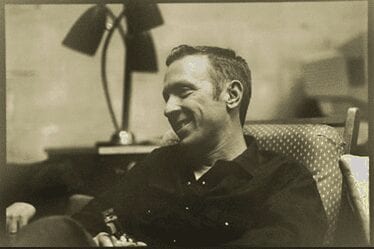 J.P.: I don’t think I’ve ever asked a musician this, but after you create a song, then release a song, do you love your own music? Hate it? Have no interest in it? Wanna hear it all the time. I ask because, recently, I saw a Backstreet Boys video and said to the wife, “There’s no way these guys actually like this song.”

B.J.: I love most of the songs. I never listen to them unless I am brushing up on something. I don’t know of any musician who listens to their own music for their own stuff. We are obsessed with it while writing, recording, and mixing, and then that’s generally it. Buffalo Tom is always surprised at how different our recordings are from how the songs evolve over the years of live performance.

J.P.: You wrote a book in 2013, “Rocks Off,” about your all-time favorite band, the Rolling Stones—through the prism of 50 of their songs that span the band’s life. What is it about the Stones that does it for you? And how’d you come up with the idea for the project?

B.J.: The Stones are my heroes. From their raw beginnings and pure love of music, into their golden period of 1968-1973, they formed their own musical gumbo and remained loyal to each other for most of their 50 year arc. They continued to write a lot of great music past their peak. The idea stemmed from the 50th anniversary and wanting to take the same approach to their whole career as I did for their Exile on Main St. album, which I wrote about for the 33 1/3 series. I wanted to articulate why the songs work, how they were written and produced. 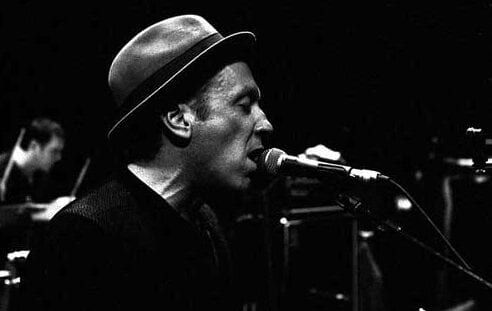 J.P.: On your website, you have something called, “Cover of the Week,” where you cover a different song—randomly, coolly. When the wife and I watch American Idol, the judges always talk to contestants about “making a song your own.” Of course, the songs are usually pop nonsense—but still. Bill, how does one make a cover his own? Is it possible?

B.J.: Particularly with that web project, I did not worry too much about making them my own; they were love letters to those artists who wrote and recorded them to begin with. I think a confident artist, one who is established with a sound and identity, need not worry too much; stuff comes out sounding like them. Back with Buffalo Tom, when we did covers, we really did try to make sure we were not just aping the originals; there is no point to that.

J.P.: What are the complications of being in a band? How does a band last, when most fade away? Are you best off being friends, or business partners, with bandmates? Does there need to be a leader? Followers?

B.J.: It is like a family business run by artists. You’re all in it together, thick and thin. There does not have to be a leader. A trio is a different sort of arrangement. Every band is different. It is most like having siblings. You love each other, take each other for granted, are fine with not seeing each other for long periods of time, etc.

J.P.: You do a million different things—author, musician—but your main gig is realtor. Which I 100% respect, but which also has the rock n roll sex appeal of a sheet of cardboard. How did you get into the profession? And tell me why it’s actually awesome …

B.J.: The money is awesome. It is awesome because it takes the pressure off having to stay on the road or otherwise depend on music as a living, thus making music seem that much more fun again. I specialize in Modernist houses, which is actually quite sexy to me. Dealing with lots of cool people is also fun. I took what I learned about running a biz with a band and applied it to running my own biz in real estate: no one tells you what to do; you are all feast-or-famine; you get what you put into it; marketing and self promotion; you have to deal with people; I collaborate with a partner—all very much like being in a band. I got into it when the music biz started to ignore us in the 2001 and when the band was sick of touring, and when the kids started coming. 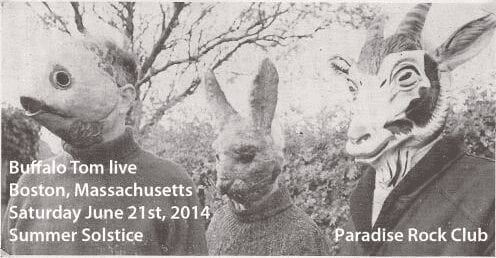 J.P.: Kay Hanley was Quazed a year ago, and she—like you—has strong emotional ties to the Boston sports scene. It seems like many Massachusetts-based musicians actually share this—and I’m wondering why. Is there a connection that transcends sports-music?

B.J.: I am only really interested in the Red Sox. I really could not care much less about football and basketball, never mind hockey. Yes, close ties to the city, like the Cubs and Yankees.

J.P.: What are you thinking about when you’re on stage, performing? Being serious—does the mind drift? Do you need on focus on songs, or have you done this long enough that you can have a, “I wonder what’s going to happen on the Good Wife this week?” pondering?

B.J.: I am usually in the moment; in the song. The minute I am not is the minute I give up music.

J.P.: Your band played an integral part in the evolution of Claire Danes’ character on “My So-Called Life.” Which was a fun sentence to just type—but also sorta weird. What was that like for you, watching at home?

B.J.: Lots of fun. It truly gave us a big career boost.

• Ever thought you were about to die in a plane crash? If so, what do you recall?: No.

• Hall & Oates were elected into the Rock n Roll Hall of Fame. What’s your take?: I love a lot of their songs. Not sure about the HOF in general. Nice place to visit, though. I gave a presentation about the Stones there last fall.

• Climate change—myth, bad-but-solvable problem or likely end of the world cause?: I wish more people cared and did not feel overwhelmed by it. Obviously serious.

• The one player you never, ever, ever want to see in a Red Sox uniform: ARod.

• Celine Dion calls. She’ll pay you $15 million to come to Las Vegas for a year and play the kazoo in her new show, “Celine’s Kazoo Circus of Love.” Conditions: You need to perform shirtless, with a tattoo across your stomach that reads ONE DIRECTION IS THE MOTHERFUCKING BOMB! You in?: Pass.