The end of baseball 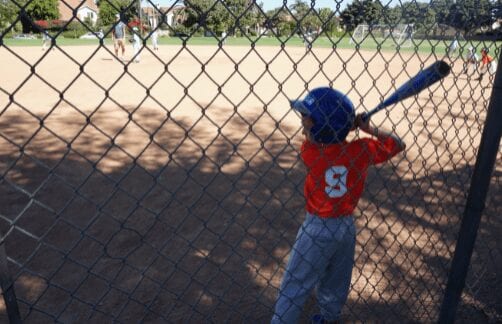 My son Emmett is 8. He plays on the Orioles out here in the local fall baseball league.

The kid has made himself an above-average player through work and repetition. He loves playing catch, so when he comes home from school we almost always find some time to stand in the street and throw back and forth. It’s become one of my favorite rituals. Emmett is at the age where he loves spending time with his dad. I’m at the age when I love spending time with my son.

Anyhow, the Orioles are awful, and Emmett’s the team’s second or third best player. I assumed he’d make the jump from A ball to Double A for fall—a natural progression, one would think.

Then, earlier today, I found something out.

I mentioned the Double A hours to Emmett earlier today and she said, kind of predictably, “I would never want to do that.” Which is sad, because I’m sure there are tons of kids here like Emmett—enjoy baseball, play well, but don’t want their existences to be defined by and devoted to the game. To me, it’s the warped way of American thinking in 2014: Be the best! Have to be the best! Must be the best! Which irks me to no end, because … well, if my kid’s gonna give all his time to something, it’s definitely not going to be hitting a white ball with a silver bat.