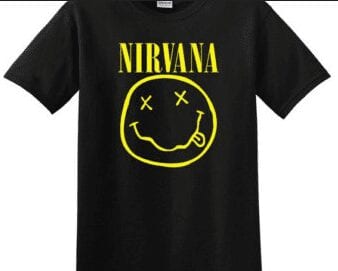 My daughter is 11, and she takes the bus to school every morning.

I often drive her to the stop, which is a grassy corner about a mile away from our house. Whenever we arrive, there are a bunch of kids already there—sitting, standing, chatting, listening to music, texting. This and that and whatever.

Casey is still new—we’ve been here two months—and sensitive to her image. Which, for me, supplies the ultimate weapon: My embarrassment cannon.

This morning, for example, there was a girl in a Nirvana T-shirt.

“Casey,” I said, “there’s no way in hell this kid knows one Nirvana song. I’m gonna roll down the window and—”

Two seconds later. “Casey, I just wanna go up to some of the kids and introduce you. I’ll tell them about my freestyle rapping days back on the mean stree—”

This goes on and on. Has gone on and on. And it’s fucking beautiful. I remember, as a kid Casey’s age, attending a party and my dad walking in wearing a white plastic Abe Lincoln-esque top hat. I was mortified, humbled … and he hadn’t done anything so bad. But I get the age and the feeling, and would never deliberately humiliate Casey in front of her peers.

But she doesn’t have to know that.