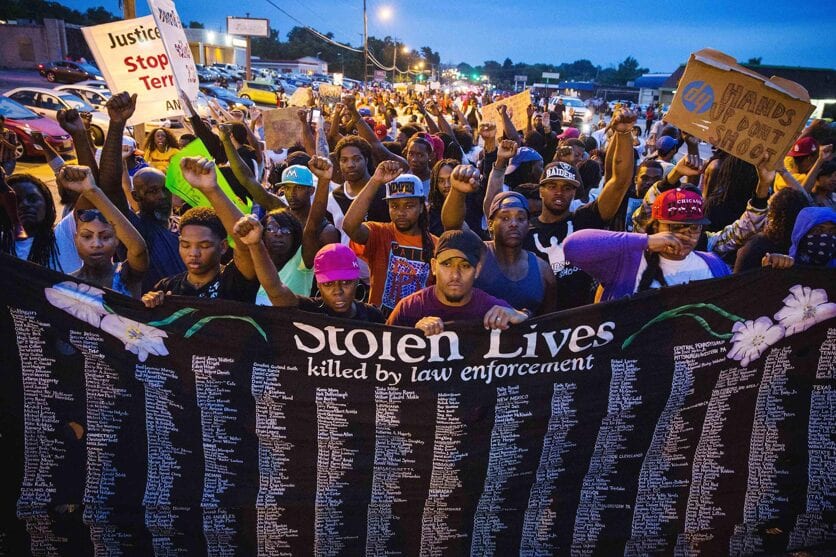 Desa Philadelphia is a communications and development writer at the University of Southern California’s School of Cinematic Arts. She’s a former Time Magazine writer. One can follow her on Twitter here. 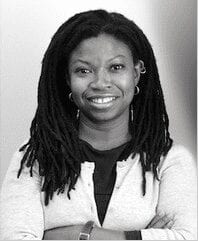 The day after Ferguson’s prosecutor announced his office would not indict the officer who killed a black, unarmed teenager in the St. Louis suburb, my friend Jeff Pearlman ran a letter from a woman named Michele, whose husband is a New York City police officer. Michele had posted her letter on Facebook the night of the announcement—as she sat on the couch worrying about her husband. He was working the late-night shift, put in harm’s way because of, “something someone else did 1,000 miles away, or even one mile away. Someone else who just happens to have the same profession as he does.”

Michele challenged readers to, “stop and think for a minute about what you think about police officers.” She described her husband as a man who loved travel, reads Tolstoy and is a lifelong learner. Someone who was nothing like the stereotypes she assumed her readers held. Although she doesn’t, “pretend for a second to understand the hurt, injustice, and indignation of being poor and black in America,” Michele concluded, she knew what it was, “to feel angry at an injustice. To feel afraid of losing someone.”

Her letter ended with this question: “Shouldn’t that be enough to understand each other?”

Michele and her husband sound like nice people, the kind of people I want as friends. And it helps that I don’t wholesale buy into any of the stereotypes of cops she lists—bully, misogynist, uneducated. But after I read Michele’s piece I felt deeply hurt, then angry.

Because it was a letter from a police officer’s wife, I expected a police family’s take on the struggles of empathetically serving a community comprised of people who feel like no one sees or hears them unless they protest or even riot. After all, good communication begins with empathy—with trying to understand how the other person feels, even if poor and black is something you’ll never be. Instead, I got to end and thought, “Wait, am I supposed to feel sorry because people stereotype Michele’s husband and put him in harm’s way?”

This is where I’ll stop ragging on Michele though, because I soon realized the true root of my hurt was not what Michele had written (I also know what it’s like to sleeplessly worry about a husband working graveyard). It was that this felt like yet another instance where a conversation about race in America had been hijacked and turned into something else.

It’s a trend I’ve been noticing lately among friends whenever issues around race, inequality and white privilege in America flare up online. Someone quickly posts a red herring article, something along the lines of a white family that takes in black children, or a prosecutor who stared down the KKK, or a neighborhood where everyone gets along. My friend Jeff had shared Michele’s letter with the headline “Best thing I’ve read tonight, RE: Ferguson.” Really, I thought? Compared to all the articles about how long the people of Ferguson have been quietly putting up with horrible discrimination? And those that statistically lay out how rooted racism still is in our society?

To further explain, I’ll offer this analogy that inspired the same kind of hurt in someone else. An older friend of mine was close to retirement when an executive from her company’s headquarters flew in to tell her she was being laid off. After breaking the news, he launched into a monologue about how awful it was that he had to travel the country, laying off people, many of them thisclose to earning the retirement benefits on which they had staked their financial future. My friend was in shock, then hurt, then angered. She couldn’t believe she’d been made to sit there listening to his story. Yes, it was awful for him. But this wasn’t about him.

I sincerely hope Michele’s husband got home to her and their babies (they have 18-month old twins. Cute!) without a scratch on his body. And I’ve since re-read her letter—empathetically, in the spirit she intended it.

I also understand that to protect our sanity we need to remind ourselves that there’s hope and that it’s a good thing that white families adopt black kids. But please, let’s also not shy away from the conversations of the day, those that get to the heart of what’s going on in Ferguson.