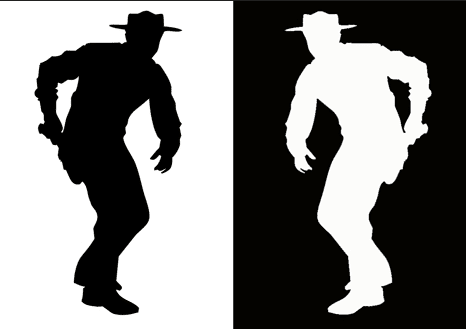 Throughout the whole Ferguson coverage, it’s struck me that, perhaps, blacks don’t understand what many whites are thinking.

I don’t mean this as an insult to blacks. I can’t see how they’d know what many whites are thinking—especially since the whites I’m referring to aren’t exactly spilling the beans. Yeah, there are obvious hints, and suggestions. But the thought is sorta private.

See, I grew up in an all-white, 90-percent conservative world. These are the people I know. In many (but definitely not all) cases, the people I’ve embraced. They’re hard working. They love their families. They’re patriotic and devoted and … and …

Maybe “like you” is the wrong word. More to the point—they don’t “feel you.” To them, black struggle is a bullshit term and a bullshit thought. Why, they would ask, should it be “black struggle”? Don’t whites struggle, too? What does struggle have to do with race? They’ll proceed to tell you (without fail) that they’re tired of hearing blacks complain about not getting fair shots. They’ll tell a story about Grandpa Lou, who came to this country with nothing and got a job sweeping floors. Lou didn’t collect welfare, or complain about not getting a fair chance. So why the fuck do black people complain all the time? That’s what they want to know.

I’m not using the words I’ve heard come from the mouths of those I’m describing. But—real quick—here’s a list: Nigger. Coon. Porch monkey. Spook. It goes on and on. Only they’re not uttered in the presence of blacks. No, never. If you’re around, they turn on the charm. Usually, though, the charm is paper thin. “Hey, man, whaz up?” and “Yo, bro, how’s it going?” Ridiculous. But they think it works.

These white people are tired of being victims. When they purchase a gun for home protection, they’re thinking of you. Or, at least, your skin color. Someone who looks like you, breaking into their house. They’ve pictured you sneaking through the front door, gun in hand. They never, ever, ever picture a white person breaking in. Only dark. Only black.

They hate Affirmative Action. When they see blacks entering Harvard or Yale or, hell, Albany or Iona, they presume outside assistance was involved; that it wasn’t mere merit. They utter the words, “Slavery was a long time ago …” repeatedly. They love you as athletes (LeBron, Jeter, Kobe, et al), but hate you as political leaders (Obama). That is, unless you’re really, really conservative. In that case, they love you—because they can support your agenda and feel faux open-minded in doing so.

These people acknowledge slavery was evil and Civil Rights are important. They quote Martin Luther King often, but never Malcolm X. Al Sharpton is their poster child for all that’s wrong with black America—loud, obnoxious, entitled. They won’t put up a stink if you move into their neighborhoods, but they won’t be particularly happy. They’ll offer up the lamest reason—”It brings down the property value.” Your child can be friends with their child. But don’t date. Don’t ever date.

I’d like to be wrong on this. I really would. And I always hope times have changed. But, when things like Ferguson take place, you’re reminded that people are people, and many people are assholes.

For me, the eye opener was Facebook, and the rhetoric that followed the Ferguson grand jury. In particular, there was a guy who grew up in my hometown, a guy I don’t believe I’ve ever met. After I posted this article, the guy responded, “Excuses excuses!!!” When I responded with this (“I’m oftentimes moved to embarrassment by some of the people from my old hometown, and the sheltered ignorance that guides their days”), the guy wrote, “I can only speak from what I lived and as a coach and fireman in the inner city I have reached out my hand to many young boys and a few girls a few grabbed it and held on for dear life a few used it and made good choices and over 75% made bad choices and aren’t doing as well as they could have.”

“Maybe,” I responded, “lifetimes of mistrust and getting shit on beat on people and cause them to question intentions.”

Wrote Guy: “Ur a joke Jeff Pearlman.Born upper middle class and never new a day of true struggle Ur the one that is sheltered and ignorant.I hope u use the money U made off of black people to help those in need!!!!!”

Wrote Jeff: “Joseph, here’s the thing. You’re right. I was born upper middle class. And my parents paid my way through college. So it would be easy for me to be like you, have no empathy toward people in different situations; to look at them and say, “Fuck off” or “What the fuck are ‘you people’ doing? Right? That’d the easy thing. That’s actually what I witnessed often as a kid in Mahopac—white anger toward blacks; racism; bigotry. Watched it, absorbed it—learned from it. But there are two ways to go. You either stick with what you know, cocoon yourself in ignorance (which you clearly have) and live as your surroundings deem you should. Or you try and understand what others are going through, and then bust your ass to make their lives better. One more thing: Joe, what makes me sad is your comments are predictable, and your background (blue collar, military, firefighter) would lead one to presume you’d think in such a way. It’s unfortunate, because stereotypes suck, and you lend yourself to being a walking stereotype. Again, we’re from the same place. I could be like you: angry white guy, doesn’t understand black struggle or anger. It’s what we grew up hearing. Repeatedly. But I don’t buy it. Sad you seem to.”

Wrote Guy: “Truth hurt Jeff so u need to call names!!!U couldn’t understand what I’ve done to help because ur a taker U take take take from America and then just shit on her all day!!!”

At this point, I blocked Guy. But not before I checked out his Facebook page. Which included this …

And (my personal favorite) this ..

Why is this my personal favorite? Because it screams the exact point I’m trying to make. The pictured Dallas Cowboy player is Dez Bryant. He’s a young African-Amercian from a tough background. He has lots of tattoos, he talks much shit. In short, he’s the type of black person many of the whites I know fear. He’s the very reason they purchase home protection devices.

Were he marching in support of Michael Brown, I’m guessing Guy wouldn’t be cheering his name.

He’d be bemoaning his existence.