Syd Youth and the sacred art of narcissism

Syd Youth is a pop trio.

I know this not because I love pop trios, but because—while waiting with the wife and kids to enter last week’s Jingle Ball concert at Staples Center—I was handed both a Syd Youth plastic wristband and two small, egg-shaped bottles of Syd Youth lip gloss. 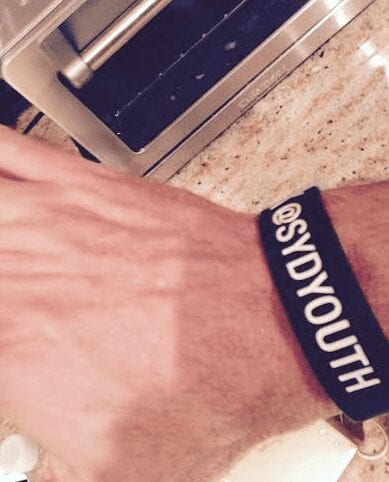 Until the official presentation of the plastic chachkas, I knew not of Syd Youth’s existence. But then, during the concert (sponsored by the local pop radio station), Syd Youth videos were played repeatedly on a big screen. It was the same song, over and over and over and over and over again, and it was quite awful. Take a little bit of Spice Girls, a little bit of All Saints, add a dash of Ariana Grande—then subtract all charm and charisma, and you’ve got Syd Youth. Hell, have a listen. This is the video to the group’s (not particularly) hot debut single, the predictably named, “Mess Around” …

But here’s a prediction: One year from now, Syd Youth will be huge, and standing alongside Grande and Taylor Swift as featured artists on the Jingle Ball stage. Why? Because, truth be told, talent and skill and musicality are three elements that matter little in modern pop music. Even back story (a one-time staple of the business) doesn’t mean a thing. Hall and Oates met when they ducked into a corner during a Philadelphia gang fight. New Edition were five childhood pals from Boston. Heart’s Wilson sisters were musical prodigies who learned to sing and play alongside one another. The Beatles—Liverpool. Run DMC—Hollis, Queens.

Syd Youth? They’re three hot young women who, eh, um … have this as the second featured image on their home page …

Under the BIO section of the Syd Youth website, we learn that Syd Youth is “the zealous pursuit of expression”—an unintentionally ironic declaration for a group with a first single that includes the lyrics, “Turn up the sound/And forget the world/Pull out your crowns/Queens of the underground.” We also find out that Ashley is funny, Tess is passionate and Sheela uses painting to express herself.

Where are the New Kids when we need them?

PrevPreviousAn ode to a father …
NextAll dogs go to dirtNext