On Brandon Bostick and decency 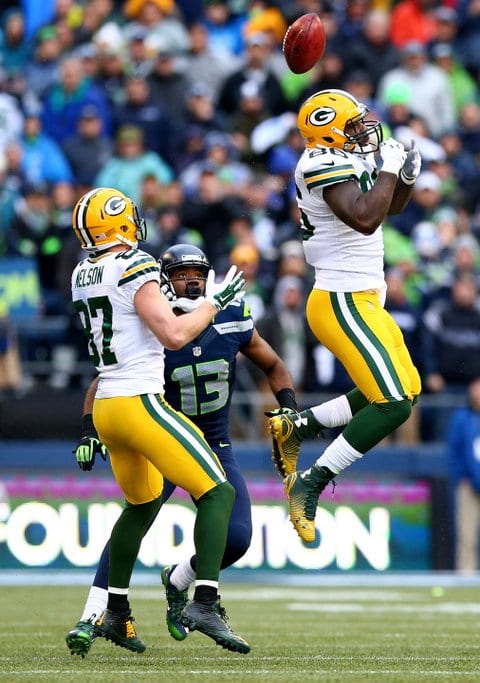 We are a predictable people. This is probably no one’s fault. I mean, we are who we are. And whether you believe in God or Drawinism or alien harvests or whatever, we surely can all agree than humanity comes with great limitations and, because of that, repetitions.

Cuisines are hot, out, hot, out.

And, as is the case today with Green Bay Packer tight end Brandon Bostick, athletes make crucial mistakes, and the lunkheads take it personally while forgetting those involved are, in fact, human.

It happens (Jackie Smith). Then happens again. (Bill Buckner). And again (Scott Norwood). And again (Chris Webber). And again (Nick Anderson). And again (Jean Van de Velde). It’s painfully predictable, painfully ugly, painfully sad. Some fans are so bored with their own lives, so angry and miserable and hostile, that they fail to separate entertainment from reality. So when an entertainer flubs, the sad fan tees off.

Back in the day, this merely sucked. You’re Webber, for example. You call a timeout you don’t have near the end of the NCAA title game. It probably costs Michigan the win. You’re humiliated, and next day’s newspapers and sports radio loudmouths tee off. Then, for the most part, it vanishes. Yeah, it’s a part of your legacy, forever noted on your Wikipedia page. But Chris Webber can go about his day, week, month, year, life without being attacked and slammed and scarred.

This, however, is 2015. Prior to this afternoon, few Americans had heard of Bostick. He’s 25 and a product of Newberry College. He signed with the Packers as an undrafted free agent in 2012, and entered the postseason with nine career receptions. Save for his emergence from a tiny college, there was little noteworthy of Bostick’s career. He was a filler. A grunt. A guy on the roster, in a uniform, who’d likely play a few years, collect some dollars, then vanish into the great abyss of anonymous former NFL players, right there with Dedric Ward and Alex Van Dyke and Blake Spence.

Now, because of one mistake, Bostick has to deal with this …

I love sports. I mean, I truly love sports, and have devoted much of my life to covering them. But I can’t imagine ever reaching such pathetic depths that I’d greet a man’s lowest moment (true public humiliation) by striving to make it worse. I mean, James Rolley—”Bostick I will kill you”? I mean, Chef Curry—”Kill yo self bitch”? I mean, Dave Rothstein—”Suck my dick”? (Dave, I can say this as a fellow Jew. Odds are your dick is not particularly large).

Predictably, this is who we are.