Marshawn Lynch has nothing to say 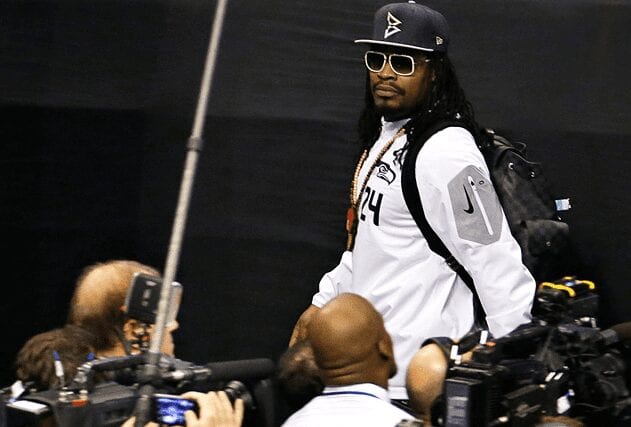 Toward the end of my time at Sports Illustrated, being around athletes started to make me feel quite pathetic.

In a way, it was more about me than them. I was reaching my early 30s, and I no longer enjoyed chasing people around, begging for five minutes of time, hoping so-and-so would grace me with his generally lame-and-boring insights on how he was able to take a wood stick and hit a small white object very, very hard. I hated it in strong and profound ways, so much so that I left the magazine to take a non-sports job with Newsday.

To be clear: I’m not saying I was better than anyone. I wasn’t. I’m just saying, well, I felt like a turd tool. Or a tool turd. Or … whatever.

Which leads me to Marshawn Lynch, the bruising Seattle Seahawks halfback who refuses to speak to the press—ever. As has now been reported, oh, 8,654,321 times, Lynch made his requisite appearance at yesterday’s Super Bowl Media Day, and answered every question with the exact same words: “I’m just here so I won’t be fined.”

But here’s the thing that just gets me: Why do reporters keep asking Lynch questions? Why don’t they simply ignore him? Act as if he doesn’t exist? I mean, I get the humor. But this isn’t merely about humor. It’s about the eternal power differential between media and athlete, and why the long and storied relationship exists. In this case (as in all cases), reporters are the kicked dogs, always returning to our owners, tail between legs. And here’s the other thing: I 100-percent guarantee Lynch enjoys this. It’s not merely about refusing to talk. It’s about watching people ask. Embracing the frustration. Knowing you’re a wealthy athlete, they’re not wealthy athletes.

Personally, I don’t give two shits whether Marshawn Lynch speaks or doesn’t speak.

I simply want my peers to stop asking the questions. 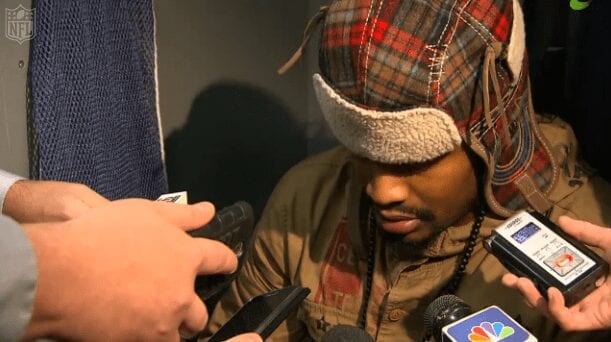