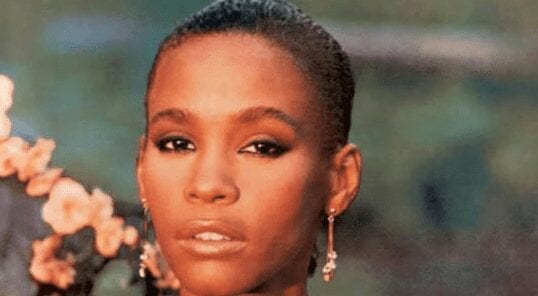 I recently had a couple of days of long driving, which I survived with This American Life podcasts and repeated plays of my iPhone’s music selection.

The singer who kept coming up: Whitney Houston.

I love Whitney Houston. I do, and I’m only slightly ashamed to admit such. It all goes back to boyhood and crushes, and how much I loved her debut album, and how I’d sit on my carpet and play the record over and over, trying to calculate how, even with the age difference, we could wind up married.

When I hear Whitney now, I flash back to that kid, 12 and geeky and madly in love with Whitney.

But one thing has changed. Well, just changed. During this trip, I started paying close attention to the lyrics from Houston’s hit songs. Like, you know how you hear songs, but don’t really listen-listen? That was my relationship with Whitney. Her voice had been enough for me. I know most of the words, but never bothered to process them.

Now, cruising along, I processed them.

And they’re awful. Like, so, so, so, so, so, so bad. Whoever was writing Whitney Houston’s material never missed a cliche, never skipped a morsel of cheese, never passed over a thought that’d been expressed in song 1,002 times before. Just listen to How Will I Know? Or Where Do Broken Hearts Go. Or You Give Good Love. They’re painful in their awfulness and simplicity. Just bad songs that, were they submitted in a college lyrics classed, would be stamped with a big red D.

And yet … maybe that’s what makes Whitney Houston’s early work so fantastic. Before she killed her voice with crack and cigarettes, she could sing anything. Truly, anything. And it’d sound triumphant and broad and powerful and empowering. She brought emotion and shoved it into shit material. Repeatedly.