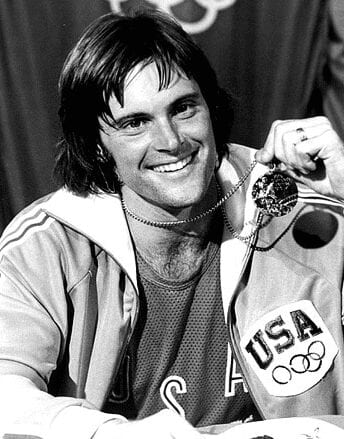 In case you missed this, Bruce Jenner was involved in a serious car crash earlier today. One woman died, and it’s been reported a possible cause was Jenner’s Polaris UTV being chased by multiple paparazzi.

The wife and I have had myriad chats about Jenner of late—none of them positive. In short: I feel horrible for the man, whose life has gone from one to great athletic achievement to public ridicule and shame. As most readers surely know by now, Jenner is apparently transitioning from male to female via future sex reassignment surgery. This, in and of itself, is nothing to be embarrassed about. People are who they are, and if Bruce Jenner feels that, deep inside, he needs to be a woman, I have no problem with that. And, truly, neither should you. It’s not my business, it’s not your business, and it hurts none of us. People are people. Let them be.

Really, what bothers me here is, well, us. We. The collective. Somewhere along the way, society has decided that: A. Bruce Jenner fascinates us; B. Bruce Jenner deserves to be publicly ridiculed. Perhaps this is simply the Curse of the Kardashians. Or, put different, the curse of being involved with a family of soul-sucking, attention-addicted, money-hungry reality television slaves who know not how to survive without the spotlight. Though I have never been a Kardashian, I am aware enough to know that these people drain the humanity from all things they touch. Perhaps Bruce Jenner, the former husband of Kris Kardashian and a regular on the show, merely snapped.

Whatever the case, I hate how TMZ giddily reports all elements of his demise. I hate how Fox News finds him funny. I hate how he’s determined to be “sick” and “immoral” and “grotesque.” I hate how people like Matt Barber—some self-righteous douche bag—has the nerve to write this (“That emptiness inside, that void you seek to fill cannot be filled by hacking away at yourself. You have a “God-shaped hole” in your heart. You need heart surgery, Bruce, not cosmetic surgery. To attempt change from the outside in is merely superficial. It will lead only to further seeking, heartache and, ultimately, to spiritual death. That longing you feel, that change you seek, can only come from the inside out.”) of a man he’s never met.

In fact, let’s take that last point a tad deeper. I REALLY love how a guy like Barber (professed lover of Jesus) Tweets this …

Let’s let the guy be.