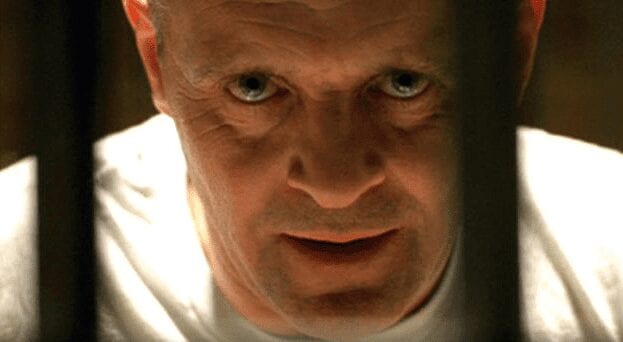 So last night the sister in law and I went to see “The Gift,” a pretty creepy (but overall sorta meh) movie about a couple that moves into a house in Southern California, and the oddball man who stalks them. We got home late, well after my kids went to bed. This morning, over breakfast, my 12-year-old daughter and 8-year-old son asked what the film was about.

So I told them, more or less, that there’s this couple, and this weird guy, and the weird guy was made fun of by the husband back in high school, and now he seeks revenge, and he starts spying on the couple, and he steals their dog and sneaks into their apartment multiple times and … and …

“So how did it end?” my daughter asked.

“Well,” I said. “The man leaves them three gifts. One is a key to their house, one is a CD recording of their conversations and one is a DVD of their home life. Like I said, it’s really creepy and …”

“Was that the scariest movie you’ve ever seen?” my son asked.

I told him that, no, “Silence of the Lambs is by far the scariest.”

So my daughter asked what that one is about.

“Well,” I said, “there’s this guy, Hannibal Lecter. And he’s a cannibal. Do you guys know what a cannibal is?”

“Right, so he’s a cannibal. But he’s in jail. And there’s this young female FBI agent who needs to solve a series of murders, but only Hannibal knows the killer’s identity, because when he was free he used to be a therapist, and he treated the killer. So, over the course of the movie, he gets out of his cell, and at one point—man, this was a great scene—he cuts off a dude’s face and uses it as a mask and …”

My son woke me about 30 minutes ago.