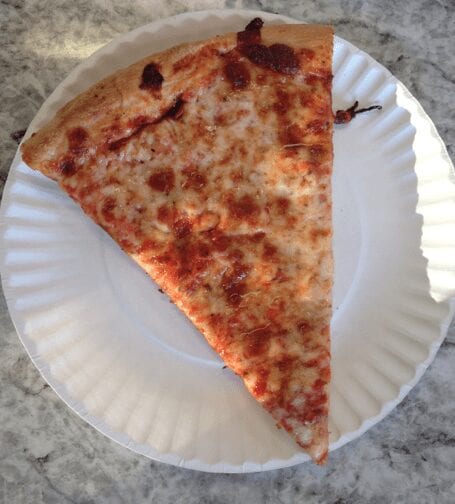 When we moved to California exactly 51 weeks ago, we anticipated tough adjustments. We were leaving family, leaving friends, leaving a beloved neighborhood and an awesome school district.

And, indeed, all the losses have been tough. But the hardest?

To be blunt, the pizza in Southern California blows. I’m not entirely sure why, but it’s awful—either thin and watery or thick and doughy. The sauce is always uninspired; the cheese tastes funky. It’s just bad, and adding to the badness is the fact that, oh, 98 percent of pizzerias advertise themselves as “real” or “authentic” New York pizza. Which, of course, is pure crap. Because “real” and “authentic” New York pizza doesn’t taste like a slab of cardboard coated in ketchup and Velveeta. Wait, one more thing: I know how people tend to complain about regional food because it’s just the thing to do. Like, “The salmon is Seattle is too fishy” or “You just can’t get a peach that tastes as sweet as the ones in Macon.” And, usually, it’s nonsense. Just banter to fill the void between birth and death. But this, I swear, is truth: California pizza is repugnant. 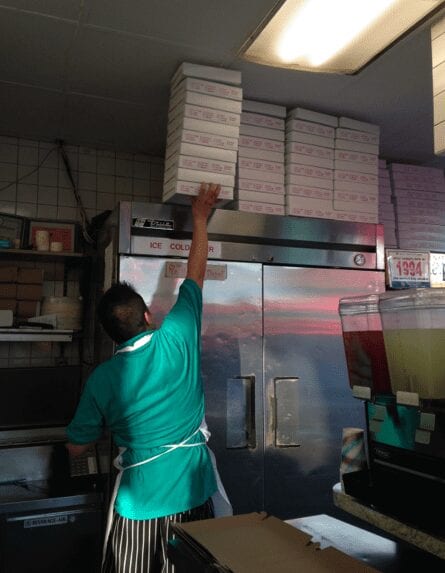 Anyhow, a few hours ago, while visiting family here in New Rochelle, N.Y., the kids and I left a movie (Shaun the Sheep—terrific) and walked to the nearest pizza joint. It was called Town Pizza House Restaurant, and the place is somewhat easy to miss. Just another eatery in another space. And yet … fantastic. There’s something about a New York pizzeria that screams, well, New York pizzeria. It’s an authenticity you can’t replicate simply by writing “authentic New York pizza.” It’s hey and yo and Thanks guys as you leave the shop. It’s calling a hero a wedge, not a hero. It’s a thick Italian accent, or two Hispanic guys flipping dough with salsa playing in the background. It’s a battered garlic dispenser; a stack of paper plates; white boxes with red lettering; a soda fountain with Dr. Pepper, Sprite, Fanta, Coke and either lemonade or fruit punch. It’s the smell, which oozes from the oven and up your nostrils. Sweet. Enticing. Italy. New York.

The slices have increased in price from my boyhood (what was once 50 cents is now, generally, $3). But the feeling has not. 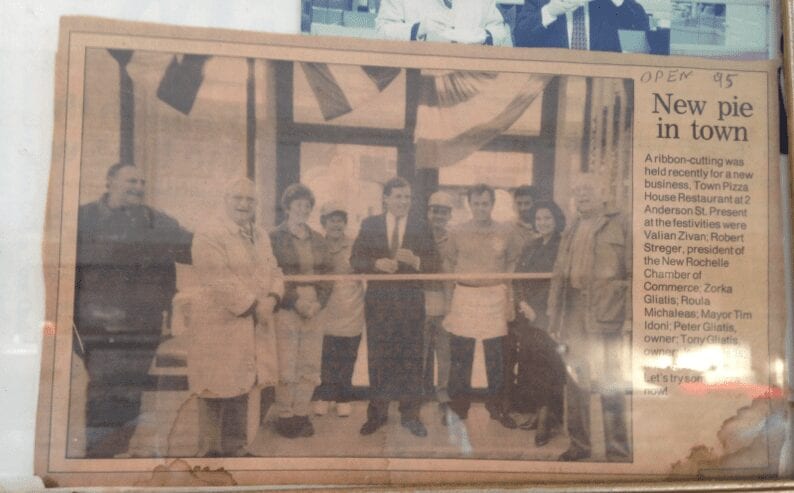