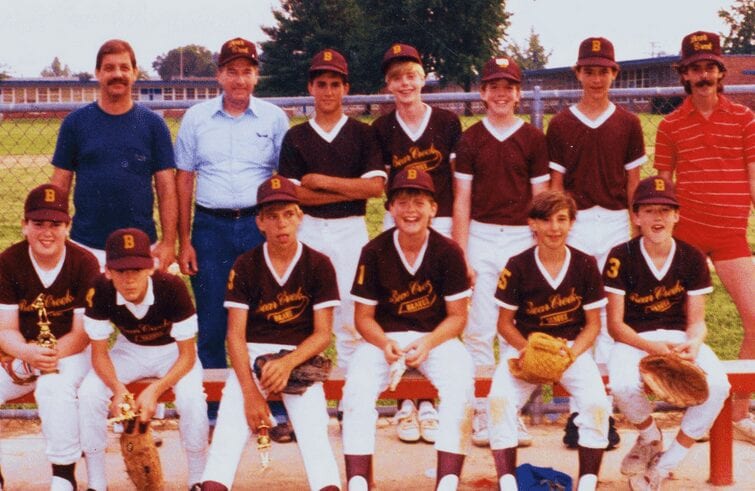 I played about seven years of Little League baseball.

I hit one home run.

It came when I was probably 11 or 12. I was the third baseman/catcher for Bill Bloomer Painting in the Mahopac Sports Association. I was, at best, an OK player. Sound glove, mediocre bat. Were I a Major Leaguer, I’d be, like, Tim Foli with less of everything he had.

Anyhow, we were playing a team with white uniforms. They had a kid pitching, named Rocco. At one point and time, Rocco was the hottest arm in town. You know how it works—grew big fast, threw hard, intimidated kids. But as we caught up, Rocco diminished. He still pitched, but not as effectively. Most teams lit him up. He’d last a few innings, then be switched to a base.

I stepped up to the plate. Rocco threw what was probably a bad fastball. I swung late, as I often did, but the ball flew over the rightfield fence at Lakeview Elementary’s smallest field. I’d played in past games where a poke over that particular fence was a double, so I stopped at second, satisfied. The two pimply faced umpires conferred for a moment, however, and agreed it was a home run.

I trotted the bases. No, I floated around the bases. Upon reaching home, P.J. and Lance and Brian and the others slapped my helmet, screamed out, “Pearl! Pearl!”

It was my first home run.

It was my last home run.

PrevPreviousThere’s something about a mug
NextDoes feeling this way make me a dick?Next