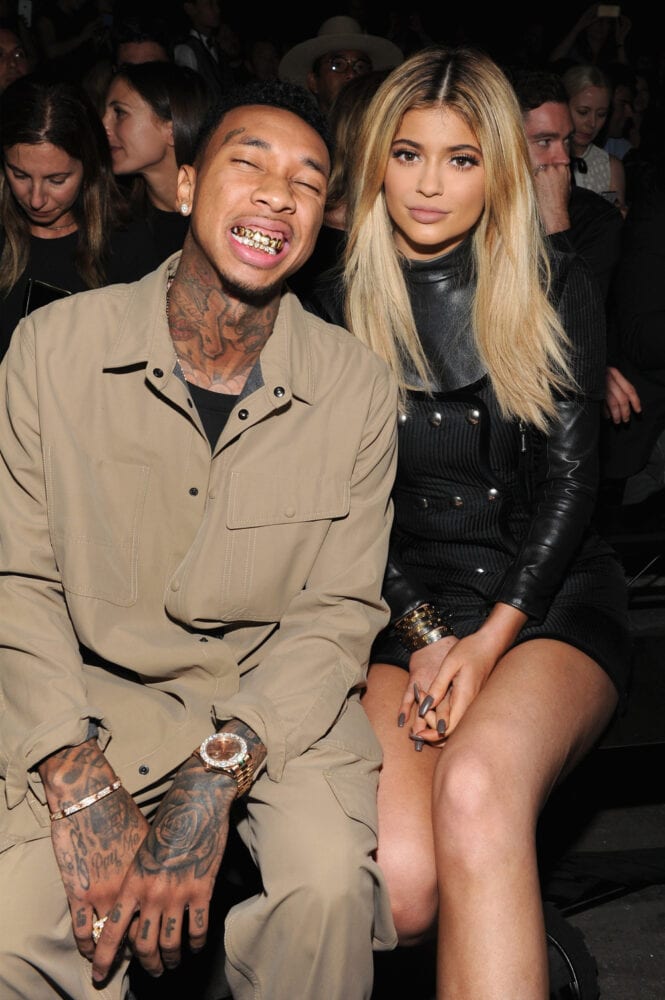 In case you don’t know, the woman on the right is Kyle Jenner. Wait, I just got that wrong, but I thought it worth noting I got that wrong. Her name is Kylie Jenner. She’s 18, and she’s a kid belonging to Kris Kardashian and Caitlyn Jenner.

Of the different Kardashians working to rot our collective brains, Kylie is the one I know least about. I went through a brief spell in New York of watching some of Keeping Up with the Kardashians at the gym (while on the treadmill), and at the time she was pretty young and, I’m guessing, of little interest to the show’s creative team. Now, however, she’s 18. Which means she’s an adult, and it’s legally OK for people to exploit her like a worn-down racehorse.

Anyhow, I saw the above photo on Facebook the other day, and it’s haunted me ever since. Here, Kylie is pictured with Tyga, her 25-year-old boyfriend. For those who don’t know, Tyga is a Grade-C rapper who, at best, could have been a halfway serviceable fill-in for a Young MC impressionist back in ’91. In other words, he’s a non-talent, and the proof is in the YouTube material. But my issue here isn’t actually with Tyga’s rapping, or the fact that Tyga is seven years Kylie’s senior, or that Tyga has a son from his last celebrity relationship, or that Tyga has been sued multiple times—including once for sexual battery, fraud and invasion of privacy.

Nope, my issue is with the Kardashian mindset; with this f*cked-up Kris Kardashian ideal that not only embraces fame, but deems it the singular measure of one’s worth and value to the world. Or, put different: Who the hell wants her 18-year-old daughter dating a guy like this?

And, for the record, this has z-e-r-o to do with race or class. I love hip-hop, and would have no problem with my daughter dating a rapper. But not when she’s 18 and he’s 25; not when he’s already a father and she’s barely aged out of high school; not when he has a record of treating women like dog excrement and she’s the latest doodoo bag.

The photo is just … sad. Look at the girl, raised toward this very moment, knowing the cameras will capture her in a certain light, skin perfectly made up, skirt hiked up just enough to be classy, just enough to be sexy. Glassy eyes, bleached hair. At a generally thrilling point of life …

… and a slave to what has been created for you.