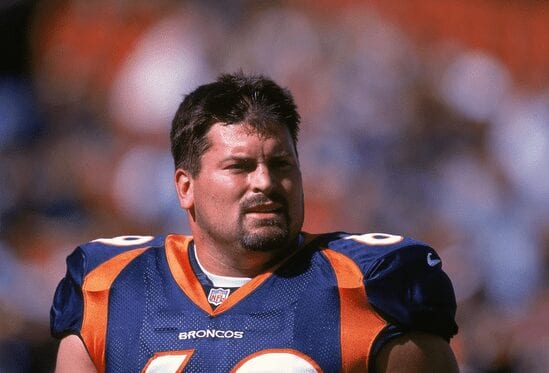 When Mark Schlereth speaks about football, I generally listen.

The ESPN analyst and former NFL offensive lineman is terrific at breaking down the game and explaining intricacies, step by step by step. There’s a long, ugly history of athletes making horrific transitions from the field to the booth (See: Smith, Emmitt), but Schlereth’s has been wonderfully seamless. Again, he’s excellent. Truly excellent.

That being said, something about Schlereth’s professionalism (or, in this one particular area, lack thereof) bothers me, and I consider it a topic worth discussion. From 1995-2000, Schlereth was a member of the Denver Broncos, and even won a pair of Super Bowl rings with the team. Upon retiring, he remained in Denver, making it the place his family calls home.

Although he is employed as an NFL analyst (RE: a journalist of sorts) by ESPN, Schlereth not only openly (and unapologetically) roots for the Broncos—he actually works with the team during training camp. As in, he helps them out; helps players out; assists in preparing them for upcoming seasons.

I know I’m old. I know I’m outdated. But when did this sort of thing become OK? When did we start allowing people to cover the game while simultaneously having an overt rooting interest? It’s weird. I Tweeted something last night about the issue, and Schlereth—100-percent to his credit—responded with this …

I get where he’s coming from, sort of. But, well, not really. I also recognize this isn’t ISIS or poverty or war and peace. But, as a guy who loves journalism and finds the field’s issues fascinating, I see Schlereth’s double-edged relationship as problematic. Let’s say, for example, he’s working in training camp with the Broncos, and he learns that X Player is stressed over an out-of-wedlock baby with his stripper mistress. Or let’s say he learned Peyton Manning is seriously weighing retirement, but doesn’t want anyone to know. Let’s say he finds out there’s strife between John Elway and Gary Kubiak, but neither guy (both friends, I’m assuming) wants it out there. How about injuries? Von Miller’s ankle was tweeked—but it’s on the DL. The kicker sucks, but the Broncos don’t want other teams knowing so because they’re trying to pull a trade. On and on.

In those instances, is Mark Schlereth an ESPN employee bringing viewers depth and detail on the NFL? Is he a Broncos loyalist, protecting the team he loves? Or, how about this: Someone at work is about to break a story on Russell Wilson’s bum knee—but he’s holding off until there’s more information. Does Schlereth mention it to Elway in a quiet corner? What if he thinks the info will help the Broncos?

To be clear, I’m not questioning Mark Schlereth’s integrity—at all. I enjoy his work. Plus, he’s doing nothing wrong here. This is the arrangement ESPN allows. That’s on them, not him.

But, well, why is it allowed? Would Sports Illustrated have let me cover Mets-Braves while openly pulling for Atlanta? Can Ken Rosenthal or Tom Verducci do MLB telecasts while admitting, freely, they want the Yankees to win?

There’s this idea out there, largely among fans, that everyone in the media roots for teams, just quietly. I can say, from my experience, it’s just not true. Once I started covering sports, I set my fandom aside. The teams of my boyhood—Mets, Jets, Nets—became mere teams.

I was done pulling for laundry, and ready to do my job.