Sports Illustrated and writing as art 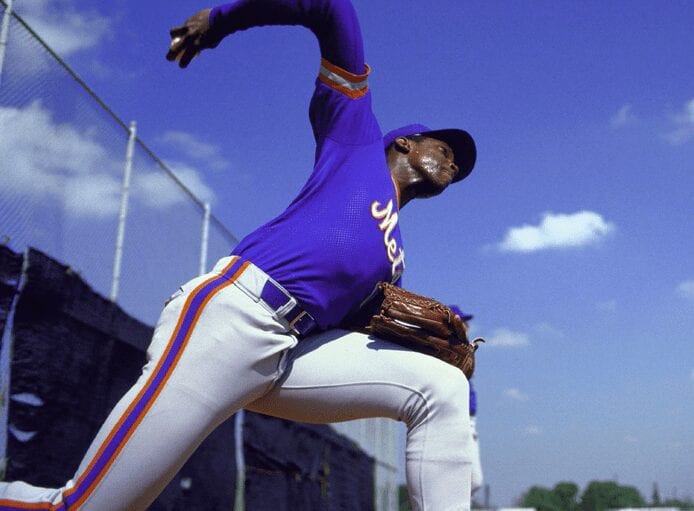 Subhead: In 1985, Dwight Gooden of the Mets had the kind of season any pitcher would dream of—and he was 20 years old. It should have marked the start of an epic run. Instead, it makred the beginning of the end.

Verducci is one of the best. We worked together for six years, and he was (and still is) a writer I aspire to be (sadly, I fall short). He just has a magical way with words; a magical way of seeing inside a subject, then perfectly expressing the view in unique-yet-classic methodology. This story, in particular, hit on all cylinders.

In 1985 Dwight Gooden threw a baseball like an Acapulco cliff diver moved through space. The beauty and fluidity of his body concealed the danger and speed. Tuck, coil, uncoil, thrust and retuck. Had there been a pool waiting at the end of his delivery, Gooden would have pierced the surface with just the hint of a splash.

He began his motion by lifting his hands head-high and his left knee as high as his armpit, tucking it inside his left elbow. In this tuck position Gooden coiled, as if loading a spring. Then, as the leg began to kick out, his left hip drove toward home plate, and only then did he pull the ball out of his glove with a long, syrupy arm swing—down, up and through. His arm and hand moved so fast that has hand passed behind him, close to his body, with a bend at the elbow. The retuck. It was perfect form for the deceleration of the arm and shoulder, reminiscent of Nolan Ryan. It was the natural flow of his body.