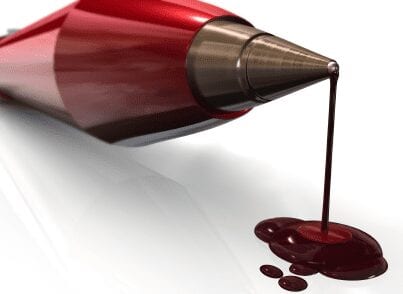 A few minutes ago I read a piece on Jason Whitlock’s new blog. I actually didn’t know Whitlock has a new blog, or that he’s back with Fox Sports. But the New York Times ran an article about the whole ESPN.com-The Undefeated thing and, well, now I know.

And there’s something—after giving this some quick thought—that I want to say, and I direct it toward young, aspiring journalists.

When I write the word “bullshit,” I mean, well, bullshit. Nonsense. Crap. He is an attention seeker and a carnival barker, just as Skip Bayless and Stephen A. Smith are attention seekers and carnival barkers. The difference, though, is Skip and Stephen A. would likely admit that they are, first and foremost, entertainers. Certainly, neither man would argue for his own importance. They’re print-turned-TV guys who are lucky enough to make good money to squabble, then walk off to enjoy the rest of the day. No problem.

Whitlock, though, seems to believe his own self-generated mental headlines. He is important. He is vital. He dares to discuss the subjects the rest of us are too cowardly to broach. Hell, several years ago Whitlock argued that he, Jason Whitlock, deserved a Pulitzer—and there was nary a hint of wink-wink, nudge-nudge. He truly thought he deserved a Pulitzer, and then made the case on his own behalf. That is, at the bare minimum, warped.

Here’s what I can tell you, from 20 years in the business: Real journalism is about reporting and writing and digging and investigating and determining and uncovering. It’s about nuance and detail and craftsmanship. It’s about learning stuff nobody else knows, and then presenting it artfully. It’s about educating, without slamming someone over the head with the proclamation, “I’M EDUCATING YOU! LISTEN TO ME! I’M SMART! I’M EDUCATING YOU!” The best journalists I’ve been around (from Tom Verducci and Michael Farber to Phil Taylor and Steve Cannella to Jon Wertheim and Grant Wahl to Larry Taft and Catherine Mayhew and Mike Freeman) do this job because—more than anything—they have an unquenchable desire to learn. Not to tell or to boast or to show off their intelligence. But to learn, and ultimately share what they learned.

Do most of us have egos? Sure. We love our bylines. It’s a rush seeing someone read your work. Twitter followers matter (They shouldn’t, but they often do). I want my books to sell, both because they allow my family to eat and because, well, it’s my blood and sweat. That’s certainly ego. No doubt.

But there’s a difference between having an ego and being consumed by your ego. And Jason Whitlock is clearly consumed. I mean, read the first two paragraphs of the blog post. Here: “This blog and the coming explanation are dedicated to the preservation of my dream, an aspiration I still believe lives within most of us, a goal so spectacular in its promise that cynicism, corruption and political partisanship cannot destroy it. The dream is a more perfect American union. The tool to get us there is journalism, a continuous search and exposing of empathetic truth.”

Seriously, who writes this stuff? About himself?

Answer: The same type of person who lobbies for a Pulitzer.

Here’s the truth about journalism, and I’m 100-percent convinced it’s right: The absolute best in the business (and I’m certainly not counting myself among the ranks) don’t need to remind you how wonderful they are, or explain how they desire to take you to amazing heights, or offer manifestos of self.

No, you know what they do? They write, reload, write again.

And, in between articles, they take a nap or watch a movie. Without once thinking about how otherworldly they are.

PrevPreviousPaul Shroyer
Next10 Things You Didn’t Know About “The Bad Guys Won!”Next