Martin Shkreli is having a bad day 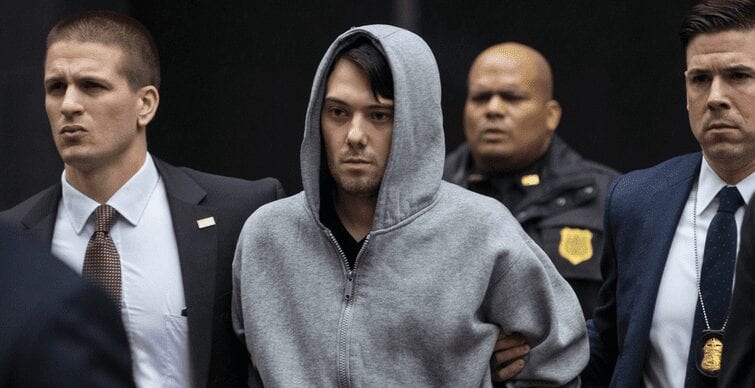 This might sound weird, but I generally feel sorry for bad people.

OK, how to explain? Back when O.J. Simpson murdered Nicole, and it was 100-percent clear that he was guilty, I still felt morsels of empathy for the man. Obviously, he deserved to go to jail, and the court ruling was a huge blunder. But there was something horribly sad about this icon—The Juice!—reduced to a pathetic little snail.

The same goes for John Rocker, when his baseball career ended. People thought I hated Rocker. And, I suppose, I sorta kinda did hate Rocker. But I never wanted his life to be ruined. I felt terribly for the guy. Truly did.

In case you missed the news, Martin Shkreli—the world’s biggest asshole—was arrested today. You likely know Shkreli as the 32-year-old dickhead who, as the CEO of Turing Pharmaceuticals, raised the price of an important drug, Daraprim, by more than 5,000 percent—from $13.50 a pill to $750 a pill. For those (like me) who don’t know, Daraprim is used to treat toxoplasmosis, a parasitic disease that hits people with compromised immune systems. AIDS, for one, is a Daraprim biggie. 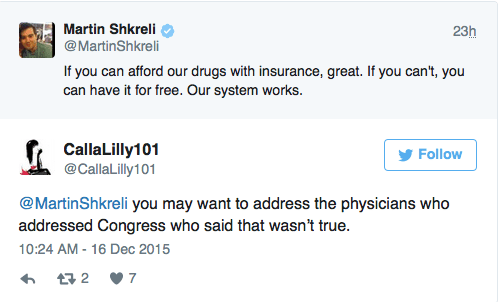 Oh, I almost forgot. With some of the money he made, Shkreli purchased a never-before-released wu-Tang CD—for $2 million. And bragged about it on Twitter. Repeatedly.

Now he’s in a holding cell somewhere in New York City. And I shed nary a tear. Amazingly, it has nothing to do with drugs. It turns out Shkreli is actually an evil humanoid on multiple fronts. First, as the guy who prices sick people out of their lives. Second, as the hedge fund CEO who, as we now know, illegally took stock from a company he started to pay off unrelated debts. It turns out Shkreli not only wants you dead (well, only if you’re poor and/or uninsured), he also allegedly committed securities fraud and wire fraud. He falsified investment returns, a la Bernie Madoff, and got wealthy doing so.

Best of all, last week I had a Twitter battle with the guy, and I won … 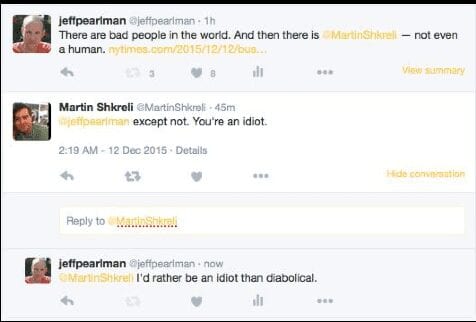