I just saw a ghost 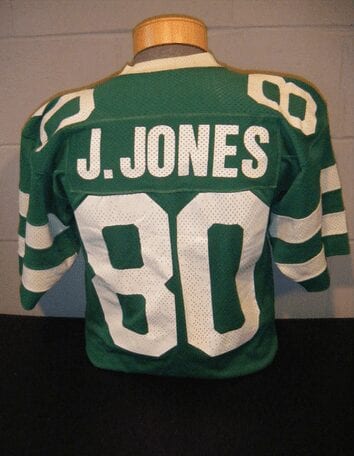 I’ve never written about this, mostly because it slipped through my mind’s cracks. But back in the fall of 1991, during my sophomore year at the University of Delaware, I worked as a resident assistant inside Russell Hall B.

I’m not exactly sure why I became an RA. Maybe I liked the idea of having my own room. Or maybe I liked the potential power. Or maybe it was the extra money I’d be making. Whatever the case, I took the gig and was suddenly in charge of a hallway filled with hard-drinking, hard-partying freshmen and sophomores. Which, in hindsight, was so ridiculously uncool and ill-advised.

Of course, I hated it. H-a-t-e-d it. Everything about being an RA sucked. I couldn’t really hang with my peers, they hid stuff from me, I was a glorified narc. No benefits whatsoever.

There was another RA in the adjacent building. Her name was Kristi and, man, did I have a crush on her. She was a year older, very pretty and (I thought, with my limited radar) pretty flirty. The RAs had a week of orientation, and Kristi and I spent a lot of time together. I remember one night, the two of us watching a movie on someone’s TV, leaning against one another. I was 19, had yet to kiss a girl, thought I was in heaven.

Wait. Yeah—I can’t let that past. I was 19, and had yet to kiss a girl. I know … I know. Not good. But Kristi … she was gonna be the one to break my streak of unfathomable futility. So, somehow, I gathered the nerve and asked her out. And, to my great delight/fear, she said yes. So … um … eh … um … um … being a 19-year-old with no experience, I asked the head of Russell B whether I could use her apartment (which included a kitchen) to cook Kristi dinner. She agreed, and I spent a day preparing a meal that made, truly, no sense. I think I had some sort of chicken, baked potatoes, french fries and bread. Ridiculous. Plus, I didn’t know how to cook. To this day, I have no idea what I was thinking, but odds are a solid 100-to-1 the meal sucked.

The next time I asked her out, she, well, never returned my messages.

Again, I’ve never written about this. But I’ve thought about it. Mainly—whatever happened to Kristi? Also, me bring me, I’d love to see if she remembers; if she has any mental details from my two nights of patheticness. Maybe not. Maybe I haven’t existed in her psyche since the night we dined. But I’m curious.

Earlier tonight, I found her on Facebook. I sent her a message. She’ll likely think I’m some crazy dude with too much free time. Which, well, I am.

But I’m also a fool for nostalgia.