What Tracy Wolfson should have asked 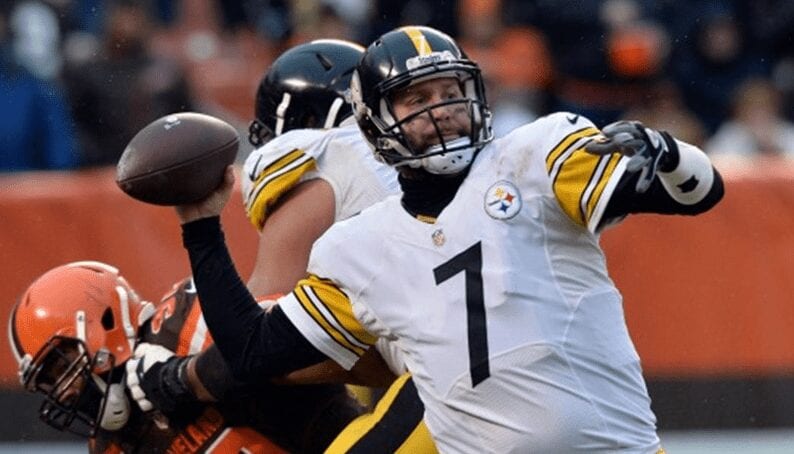 Just got done watching that crazy Steelers-Bengals game, which was exciting, emotional, infuriating, gut-wrenching. I’ve probably viewed, oh, 1,000 NFL games over the course of my lifetime, and this was one of the all-time most memorable.

Which leads me to this …

After Chris Boswell kicked the game-winning field goal and the final seconds ticked off following A.J. McCarron’s failed Hail Mary, Tracy Wolfson, the excellent CBS sideline reporter, tracked down Ben Roethlisberger for the requisite post-game interview. Here it was—the first opportunity to speak with a participant from 60 minutes of insanity. There were things I wanted to know: Did Ben think the Steelers won, or the Bengals blew it? What were his thoughts of Vontaez Burfict’s helmet-to-head shot on Antonio Brown? How about when Burfict sprinted off the field and up the tunnel after his interception? How much shit talking was really going on? Did he blame this on Cincinnati’s lack of discipline? Did he feel the hate out there? Was there—truly—hate out there? Was there a moment when he thought—truly, truly thought—”Crap, we just blew this thing”?

Maybe I’m not articulating these especially well, but Wolfson has to—HAS TO—ask about this wacky shitstorm of a game we just watched.

So what were her two questions?

• 1. How was Ben’s injured right shoulder?

• 2. His thoughts on playing Denver next week.

Now, when I Tweeted my criticism some suggested, “She needs to ask those things. His shoulder is important.” But, well, no, no, no, no. We’ll learn about his shoulder in a few moments. We’ll have all week to talk Pittsburgh-Denver and Big Ben-Peyton and all the storylines we create. But here, at this moment, we had a winning quarterback who almost fell, leaving the field after a handful of idiot Bengal players lost their shit and lost the game.

That needs to be where the questioning goes.

Oh, one last thing. I abhor when people say, “Hey, he was only going to speak in cliches no matter what she asked.” Again—no, no, no. You always have to take a shot, dig a bit. Just because … who knows? Maybe he’s pissed. Maybe he’s high on emotion. Maybe he’s been waiting all evening to slam Cincinnati. You never know if you don’t ask.

Or if you ask wrongly.