I would vote for Mike Bloomberg over Hillary Clinton 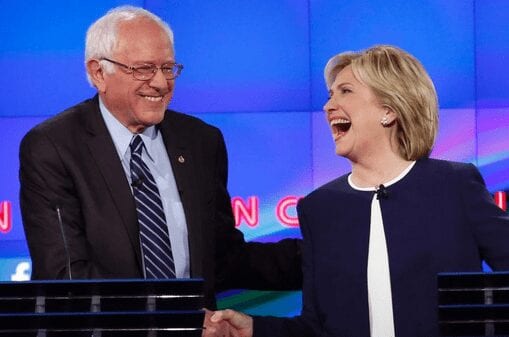 She’s pretty liberal, her husband was an excellent president, she has experience and smarts and would probably be good at the job.

Yes, I’ll vote for her if the race is a one-on-one battle against Donald Trump or Ted Cruz or Marcio Rubio or any of the GOP crazies. But it won’t be an enthusiastic choice, or even a happy choice. If she wins the general election, I’ll be content. But euphoric? No.

Why? Because Hillary Clinton just seems to be completely full of shit. When Bernie Sanders didn’t appear to be much of a threat, they were chummy chum chums and she wouldn’t utter a foul word. But now that he’s gaining steam and taking states (well, New Hampshire) it’s getting ugly. The latest line of attack—subtly offered—is that Sanders doesn’t like black people, or at least isn’t looking out for them. It’s the jab of the day, repeated by Hillary, repeated by supporters, over and over and over and over.

This is what Hillary Clinton does, because this is what annoying politicians do. They test out slam lines and use them until they stick. Sanders doesn’t like black people, the Clinton camp says, because he dared disagree with President Obama. Which, of course, has nothing to do with him race and everything to do with the fair (and expected) criticism of a sitting commander in chief.

It’s maddening, and the more I hear Hillary talk, the more I hope Mike Bloomberg, my former mayor from New York City, enters and makes some waves. I don’t agree with him on many things; I certainly don’t consider him the answer.

But he seems authentic.