American Idol and the last guy in the mall 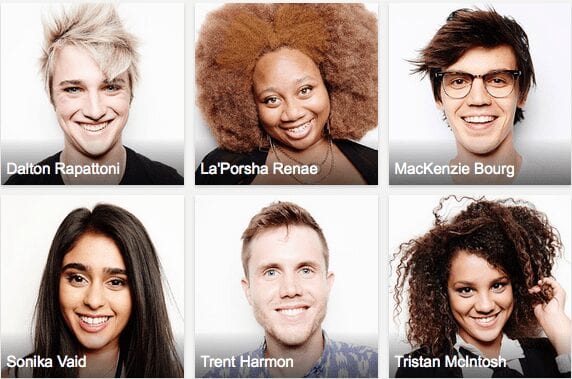 Back when I was in high school, I worked as a cookie salesman inside the Jefferson Valley Mall.

It was a pretty sweet gig, especially when one closed up. You see, before mopping the floor and locking the side door, an employee was allowed to grab as many end-of-day cookies as possible. Oftentimes I’m return home with a couple of stuffed bags of the Great American Cookie Company’s finest product. None of the Pearlmans complained.

That being said, the job brought to light a developing phobia. Namely, I hated being the last guy in the mall.

It’s hard to explain the feeling, save to say I never wanted to be left behind. It was as if everyone moved on, and I was stuck in place, destined to be frozen in time.

Which leads me to the current season of American Idol …

The wife and I have watched the show forever, and while we’ve slacked the past few years, the 2016 edition has us back. Why? Probably because it’s Idol’s farewell run, and it sorta kinda kinda sorta feels like an old friend being taken off the respirator. I mean, the Idol concept pretty much died long ago, with the collapse of TV as a live viewing sort of thing (are there people really waiting by their phones to vote?). But I wanted to give it one remaining go; wanted to party like it was 2005 and feel the spirit of Clarkson and Underwood and even that Soul Patrol guy who’s now surely going door to door saying, “Hi, you might remember me as …”

Alas, with each Idol episode I feel increasingly like the last guy in the mall.

The show just, well, sucks. But worse than sucking, it seems like no one really wants this to be happening. Whereas Idol used to be on two nights per week, it’s now one. Whereas Idol used to extend into early summer, it now ends in April. Whereas Idol used to promote its upcoming summer tour, it now now appears there is no tour. Hell, I don’t even think the winner snags an automatic record deal—which used to be the hook of the whole thing. The judges are fine, but pretty indifferent. The final six contestants are, to be polite, people you’d see performing at your local summer theater program. There’s one superstud (La’Porscha Renae) and fives mehs. You no longer have star celebrity helpers; no longer have gigantic audiences and the illusion of giant stakes.

It’s merely a show wrapping up its run, and the wife and I may well be the last two watching.

Please point me to the exit.