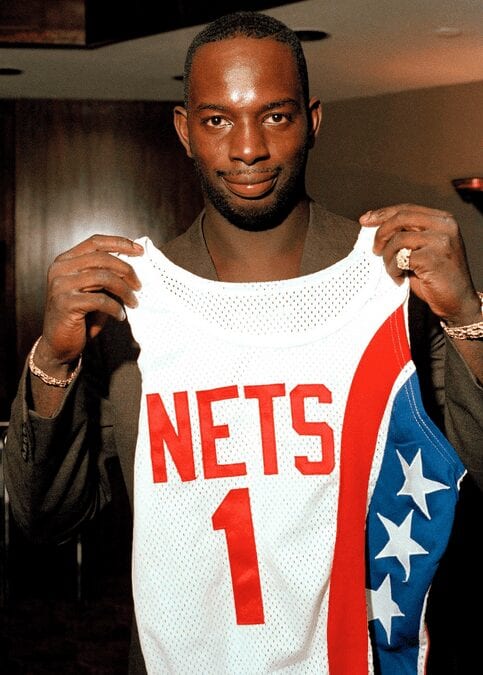 A couple of years ago, Jim Boeheim told reporters that Carmelo Anthony was the most important player in the history of Syracuse University men’s basketball.

I remember hearing that and thinking, “What a load of short-sighted nonsense.” Yes, Anthony was wonderful. And yes, Anthony—a mere freshman who would leave at season’s end—led the Orange to the 2003 NCAA title. But, ultimately, Carmelo Anthony was a Syracuse rental. He played one year, attended few classes, never even considered earning a degree. He came and went, and probably needs a map to find his way around campus.

So, no, Carmelo Anthony most certainly was not the most important player at Syracuse. Probably the best, but of all the measurables we place upon a life, being “the best” is a far overrated one.

I’d rather be transcendent.

Dwayne (Pearl) Washington was transcendent, and if you’re reading this and thinking, “Dwayne who?” do yourself a favor and watch this. Or read this. Or ask a college basketball fan from the 1980s. Washington was Syracuse’s point guard from 1983-to-1986—a highly recruited kid out of Brooklyn who played with a style … a flair … a joy befitting his nickname. Pearl’s trademark move was something called the “shake and bake,” where he’d sorta step-step-shuffle-step—then whoooosh past a defender. He was a marvelous ballhandler during a marvelous time for college hoops. Back in the mid-1980s, the Big East was the king of the sport, and Syracuse (with Pearl) and Georgetown (Patrick Ewing, Reggie Williams, David Wingate) and St. John’s (Chris Mullin, Walter Berry) were absolute goliaths. This was hoops war—elbow, fists, sweat, blood. Ewing was a beast, Berry was dizzying, Mullin deadeye. But Pearl … man, Pearl was otherworldly. I’d never seen a college ballhandler with such style and grace; with the body control to lean in against a 7-footer and somehow spin the ball off the glass. When I picture Pearl, I imagine the man driving baseline to baseline at breakneck speed, twirling past one defender, juking another, sliding, spinning, layup.

Pearl left Syracuse after his junior year—a move he regretted for eternity. He was selected by the New Jersey Nets with the 13th pick in the 1986 Draft, and I was giddy. The Nets were my favorite team, the Pearl my favorite player. I was convinced we were about to bring Magic Johnson II to the Meadowlands. Watch out world, because Pearl’s coming …

Pearl was always sorta fat and, it seemed, unmotivated. In college, his poor shooting touch mattered little, because speed and smarts made up for deficiencies. The NBA, though, doesn’t work that way. He lasted two dreadful seasons in New Jersey, then had another year in Miami with the woeful Heat, who snagged him in the expansion draft. Professional ball just didn’t take. Maybe that’s because Pearl was, ultimately, a playground kid from Brooklyn, creating, experimenting, doing his own thing. Some guys are meant to forever be in college. Pearl gits that classification.

Pearl Washington died yesterday from a brain tumor. He was 52.

I don’t believe in the afterlife, but if—somehow—it exists, I hope Pearl Washington is wearing his old Syracuse jersey, swerving down the lane.

It’s where he belongs.