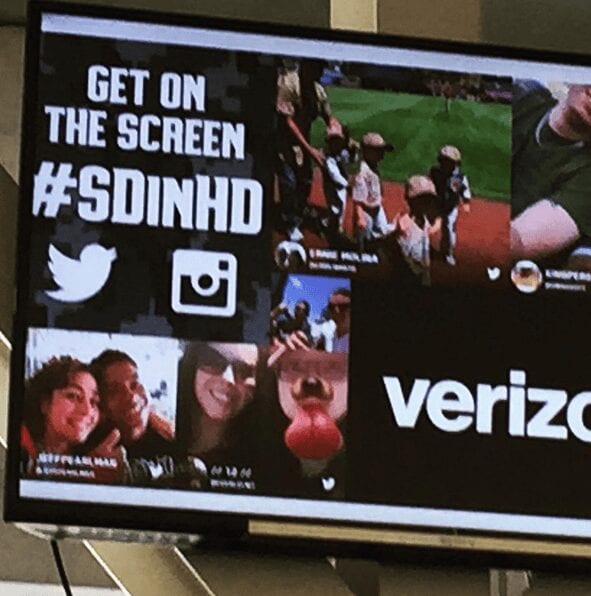 So a couple of weeks ago I took my son and father in law to the Diamondbacks-Padres game at Petco Park in San Diego. Everything was fine until I went to get food at the hamburger stand near our seats. The line to order took f-o-r-e-v-e-r; probably about 35 minutes just to tell a person what we wanted. Then the second line, where one stood for food, was even longer. Having spent about $45 on three burgers, one onion rings and three drinks, I waited and waited and waited until—finally—I just grabbed an order someone left unclaimed. It was a small amount of grub, but I didn’t want to blow my night lingering in the concourse for a hamburger.

Anyhow, later that night I Tweeted about the experience, and expected nothing in return.

Instead, the good people at Petco Park DMed me immediately. There was an apology for the service, and an invitation to return for another game with the family.

Today, we returned—and it was, truly, dazzling. First, the seats were maybe 20 rows off the first base line. Second, we were met by Susan Hawke-Pfeifer, the stadium’s general manager, who escorted us to the Omni Premier Club, where we were introduced to the manager and the executive chef, then fed for free.* To be honest, there was a huge part of me that felt quite … well, stupid. Yeah, the last visit didn’t go well. But shit happens, right? The hamburger fiasco didn’t warrant such a huge response.

And yet … THAT’S customer service. For the price of swallowing a few tickets, and filling some mouths will food, the Padres guaranteed a family would come back again and again and again. They took the necessary steps to say, “Hey, we messed up, but we care enough about our customers to make right.” That stuff goes a long way.

Now compare that with a hotel we visited a few weeks back. One night the wife noticed what appeared to be a bed bug on our comforter. I immediately dashed down to the front desk and ask we be given a new room. That worked out well. But then, upon checking out, I had this exchange with the front desk clerk:

• Guy: “Yeah. Right. We’re not going to charge you for the second night.”

• Me: “I’m about to go wash everything we have in hot water. I’m freaking out that my kids have big bug bites and that they’re all over our luggage. I don’t really understand why I’m paying for either of the nights.”

Ultimately, they didn’t charge us. But it took a good amount of pleading and arguing. When, really, they should have just said, “Yup, we screwed up.”

We can’t all be the Padres.

* To be clear, I haven’t covered the Majors since 2003. I would never accept this sort of kindness were I still a baseball writer.