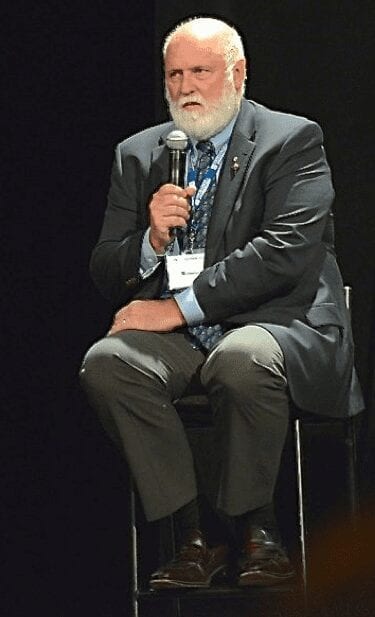 When you’re young and newish and sitting in awe of things, people tend to appear larger than life. For example, to the up-and-coming singer maybe an audience with, oh, Eddie Vedder is akin to a visit with God. After a spell, though, he gets to know Vedder, sing with Vedder, eat with Vedder—and ultimately a legend becomes, well, just Eddie.

Back in the summer of 1994, when I graduated from the University of Delaware and, six days later, started as a reporter at The (Nashville) Tennessean, Frank Sutherland was as big as big can be. He was the newspaper’s editor; an imposing figure with a thick white beard and a booming voice. When you heard Frank was pleased, you made sure he saw you. When you heard Frank was pissed, you hid beneath your desk. At the end of every month, Frank would gather everyone together in the newsroom and salute the stories of the month. To have him call your name, well, it was (for young Jeffie) a validation of career choice. It meant everything.

Twenty two years later, I see Frank simply as a good guy, a righteous journalist and a symbol (for me) of the final era of newspaper supremacy. Under Frank, The Tennessean was still the place to go for information in Nashville. It boasted an enormous circulation, oodles of talented reporters and a historic pipeline to the New York Times. But, gradually, that changed. Like the industry as a whole, the paper is a shell of its former self. Bummer.

Frank retired from his editorship in 2004, but still has strong memories and opinions on newspapers, reporting, Rita Coolidge and once having gone undercover in a state psychiatric hospital.

Frank Sutherland, my former chief, welcome to The Quaz …

JEFF PEARLMAN: Frank, you worked at The Tennessean for a long time. As a reporter, as an editor. When you look at the newspaper now—and newspapers now—do you feel like crying? Is it hopeless? Do we all need to accept that newspapers—as a print medium—are pretty much dead?

FRANK SUTHERLAND: This question was asked after radio, then television, then the Internet, then …

News is not about the medium but the content. I read the news online every day before I go to the end of the driveway. Print will always be here but as color television is better than black and white, things evolve. I like horses but drive a car. Concentrate on the content and quit whining about the medium.

J.P.: During your time as a reporter, you once posed as a patient for 31 days at the Central State Psychiatric Hospital. Um, how did the assignment come about? How did you get in? And what memories do you have from the experience?

F.S.: At the newspaper, we were often told about bad conditions at the hospital, but complaints from mental patients lacked credibility when they were denied by doctors. The only way to get the truth was to go undercover. I was trained how to act depressed by a Vanderbilt psychiatrist—it is more difficult to frown than to smile. I posed as a potential suicide because the treatment would not be debilitating or affect my reporting abilities.

My most vivid memory was a comparison to One Flew Over the Cuckoo’s Nest. My hospital was nowhere as clean as the book/movie and the interaction among patients did not translate to my experience. Except for rare episodes, life in the hospital was quiet and boring.

J.P.: You started writing for The Tennessean as a 17-year-old college freshman at Vanderbilt. I feel like lots of young people have no idea what the glory days of print newspaper were like. So … Frank, what was it like? The newsroom? The approach? The buzz?

F.S.: I was in awe of our ability to effect change. I have a photo of me at 17 interviewing Gov. Frank Clement. The stories I wrote affected lives and policy.

Most of us worked nights. We weren’t paid enough to go anywhere socially (in those days, nothing was open after midnight, anyway, except Linebaugh’s), so we hung out together in the newsroom at night, critiquing the news and journalism of the day. That was a tremendous, satisfying learning experience.

J.P.: I’ve sort of come to resent Gannett as a negative force in newspaper dumbing down. Nut graphs, limited jumps, tons of easy-to-read graphics. Tell me why I’m wrong. Or right?

F.S.: The company was not the only force for change, just among the first to recognize the threat to readership for newspapers that once had a monopoly on news presentation. The truth is that other newspapers and media companies, along with ASNE and other professional organizations, followed Gannett’s lead in the presentation issues you listed. The truth also is that these methods stalled somewhat but did not prevent younger generations from abandoning print for other media. 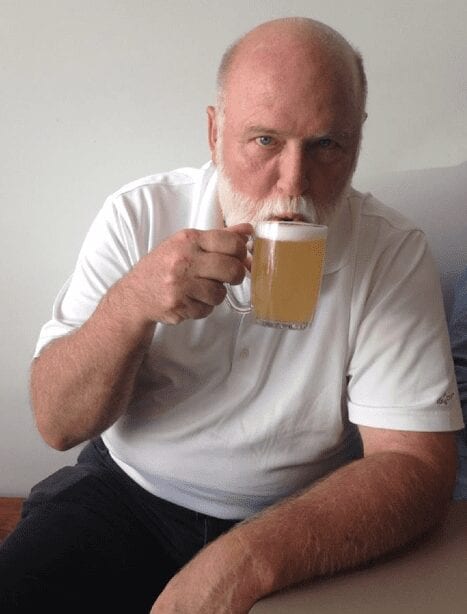 J.P.: I know you were born at Smyrna Air Force Base, know you attended Vandy. But why journalism? When did you first have the bug? When did you know this was what you wanted to do?

F.S.: I had a scholarship, student loan and parental funding but no laundry or walking around money, so I had to get a job. I was hired at The Tennessean for several reasons over more qualified people like Roy Blount, Jr., Kim Chapin and Richard McCord. I was local, a freshman, compared to the juniors and seniors who applied, and would be more likely to stay longer at the newspaper. My only clips were a high school newspaper feature about the stray dogs on campus and a college newspaper interview with Martin Luther King in which he, through my questioning, condemned Vanderbilt student senate opposition to lunch counter protests.

J.P.: Back when I was at The Tennessean, the Nashville Banner existed as a daily rival—and I thought it was awesome. I loved beating them, they loved beating us. Then the paper died. I’ve always wondered how you felt when that happened. I mean, the enemy was vanquished. And yet … did you feel like celebrating or crying?

F.S.: Both. Two newspapers were good for our readers and good for our journalism. Yes, we “won” but we missed the Banner competition terribly. It was altogether different to compete with television, or later, online. Competition brought out the best in us.

J.P.: At The Tennessean, it sort of felt like you were in the shadow of John Seigenthaler, the legendary journalist who served as reporter/editor/publisher. Like, whatever you did could never live up to Seigenthaler standards. Fair? Unfair? And what do you remember about the man?

F.S.: There was no way I could live up to his legacy but also no way I could turn down being his successor. He realized the newspaper had to change when I took over but he never resented it. He and I talked almost every day during my tenure, and I consulted him about changes and issues. He was my boss, my mentor, my golfing partner, my best friend and my second father.

F.S.: Greatest: Being the education editor of The Tennessean during integration of schools.

Lowest: The first time I fired a reporter (for good cause: lying about covering a meeting, but it was still hard).

J.P.: How do you feel about aging, death? Do you worry at all about the eternity of non-existence? Does that give you any sort of peace? Neither? Both?

F.S.: I recently lost Seigenthaler, who was 86, and my mother, who was 94, so I have thought a lot about it, but I do not worry. I want my wife and children to be at peace with my life when I go.

J.P.: You could have fired me on at least four different occasions. Why didn’t you? 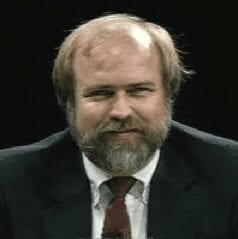 • Three memories from your wedding?: 1. My wife walking down the aisle with her father; 2. We were married on the porch of my wife’s then 135-year-old home, and during the ceremony, the preacher’s voice rose to a high pitch as a nearby train passage tried to drown out his marriage instructions to us; 3. A group of Tennessean staffers, led by Jerry Thompson and Craven Crowell, plotted to have me arrested as we left for our honeymoon, but we turned the table on them and had them arrested. Wedding pranks were part of the Tennessean cultural history. I helped wreck a few weddings myself.

• Will humanity figure out climate change? Or are we fucked?: Yes. Yes.

• What’s the best piece of advice you ever received?: Tell the truth, using verbs.

• Ever thought you were about to die in a plane crash? If so, what do you recall?: Twice. I was in the Civil Air Patrol in high school. While landing on one of the two crossing strips in Lebanon, another private plane landed in front of me on the cross strip, missing me by about 20 feet at an altitude of 100 feet. I had the right-of-way, but another 20 feet and it wouldn’t have mattered. Then I was on a four-seat plane for the press covering Jim Sasser’s Senate campaign. Taking off from the Dyersburg airport, the plane’s passenger came open and flipped the plane on its right wing. I held on to Banner reporter David Fox’s belt while he leaned outside and closed the door.

• Why the beard?: There were only two razor blades on the 20-patient locked ward where I was undercover. They weren’t very sharp, so I grew the beard. I liked the way it covered up my lack of a chin, so I have kept it ever since.

• Odds in your mind that there’s life after death?: Low.

• One question you would ask Rita Coolidge were she here right now?: Did Eric Clapton and Jim Gordon really steal the piano part of “Layla” from you?