My USFL biography: An update 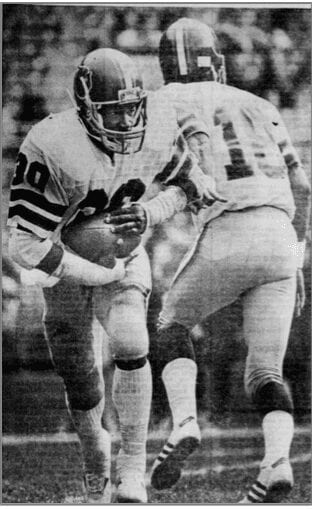 Although I’ve only been working on my USFL biography for a few months, I can already say no project has brought me such joy.

Why? A load of reasons …

First, I love the USFL. Like, I love, love, love it. I had a ton of passion for the 1986 Mets, the subject of my first book. But this is a different level of affection. I remember being a boy, seeing Herschel Walker on the cover of Sports Illustrated in a New Jersey Generals uniform, thinking, “Holy shit!” Then I opened the magazine, and there was a layout with all the snazzy helmets. It was magical to 11-year-old Jeffrey Pearlman, and—even though 33 years have passed—I still feel that magic.

Second, characters. This book will be filled with characters. I don’t wanna delve too deeply yet, but the USFL pretty much had everything you could imagine. Recent parolees trying out for teams? Check. Faded NFL vets seeking one more shot at glory? Check. College stars who dreamed of the NFL, but were swayed by big bucks? Check. I actually spoke recently with Chuck Foreman, the former Minnesota Viking running back who attended camp with the 1983 Los Angeles Express. He was the biggest name, but lasted but a week or two because of a battered body and destroyed motor. At a nearby locker was Anthony Davis, the former USC star seeking one last morsel of gridiron triumph. He, too, came and went.

Third, you. For the first time, I’ve involved other people. I talk about the process, blog about it, gather stories. I decided not to keep this a secret, and as a result it feels organic and liberating.

Fourth, everyone’s happy to talk. Everyone. I’ve never had a project like this, where there’s universal love and excitement. I basically spend my days sitting at a table, cold calling ex-players and coaches. The dialogue generally goes thusly …

Me: “Hi, so my name is Jeff Pearlman. I’m a former Sports Illustrated writer, the author of six books, and I’m working on a biography of the USFL …”

Anyhow, it’s amazing. Thus far, the Los Angeles Express and San Antonio Gunslingers are my diamond teams, with the Washington Federals and Arizona Wranglers close behind. I’m lacking in Generals stuff, overloaded with Blitz material, still waiting for Marcus Dupree and Kelvin Bryant to call back.