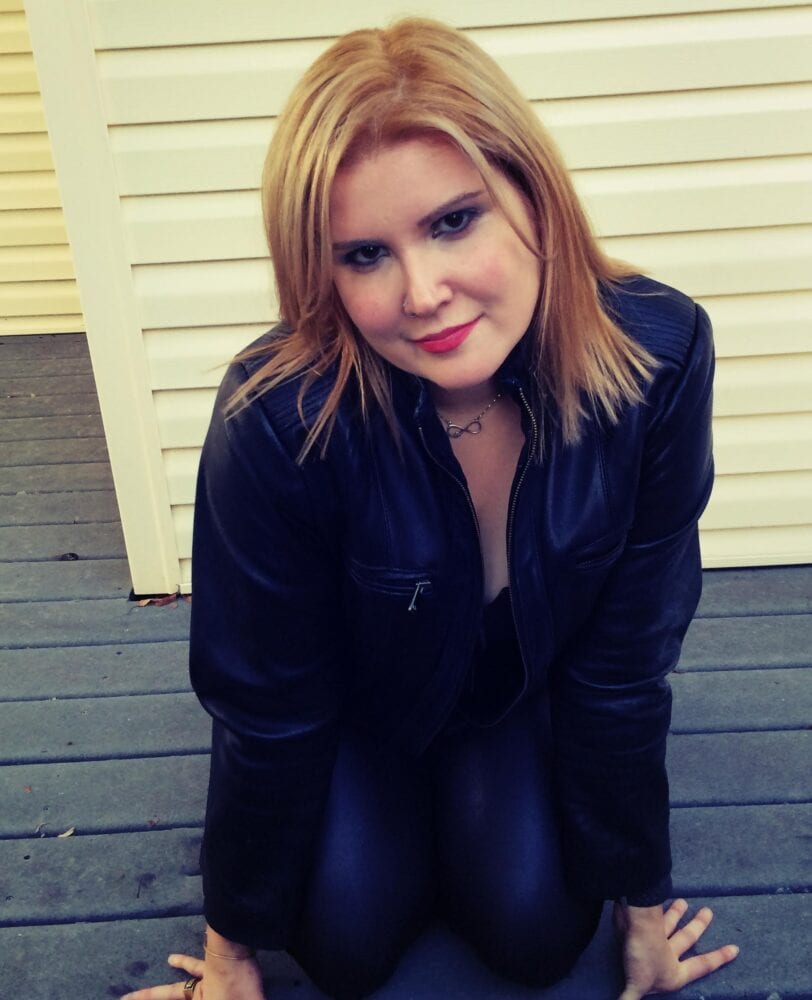 This marks the 267th edition of the Quaz Q&A, and I have a few observations to share:

• 1. Journalists garner the most reads.

• 3. Folks who work in various sex industries draw the most chatter.

I suppose none of this is particularly surprising. Writers like reading about other writers. There are about 50 million websites featuring profiles of actors and actresses. As for the sex industry, well … um … it’s fascinating. It’s unique. It’s both familiar and uncomfortable; titillating and distracting. Today’s Q&A marks my fourth interview with someone from the world of erotica, and it’s always (without fail) riveting.

One can follow Cathy on Twitter here, and visit her website here. She loves Bernie Sanders and Garfield, hates flying and chicken hearts and seems to have no opinion on the stylings of Karl-Anthony Towns.

J.P.: It seems like men are more sexually pathetic than women. We visit strip clubs, we read Playboy, we jerk off over 1,000,000 different websites. I hate how we’re wired—but it seems like the wiring is what it is. Agree with my take? Disagree? Why?

C.V.: I don’t think you should hate yourself. Men are the same as women. Men are actually just more vocal about their sexual frustrations perhaps. One thing I can tell you is, I have lots of online experience with men who long to be, or even pretend to be, women. And some of them are very feminine and quite convincing! There really is little difference.

J.P.: I would think for one to be hypnotized he/she would have to be in your presence, some trinket dangling, soft music, visual stimulation, etc. How can hypnosis work via phone?

C.V.: Trinket-dangling is mostly from the movies. Many everyday folks visit psychologists who perform hypnotherapy in 2016. This is hardly something strange or taboo anymore. In person is of course excellent, but phone or Skype sessions, as I do them, for the purposes they are done, can work effectively, yes. A subject can be affected by visual, auditory, as well as kinesthetic (physical) stimuli. 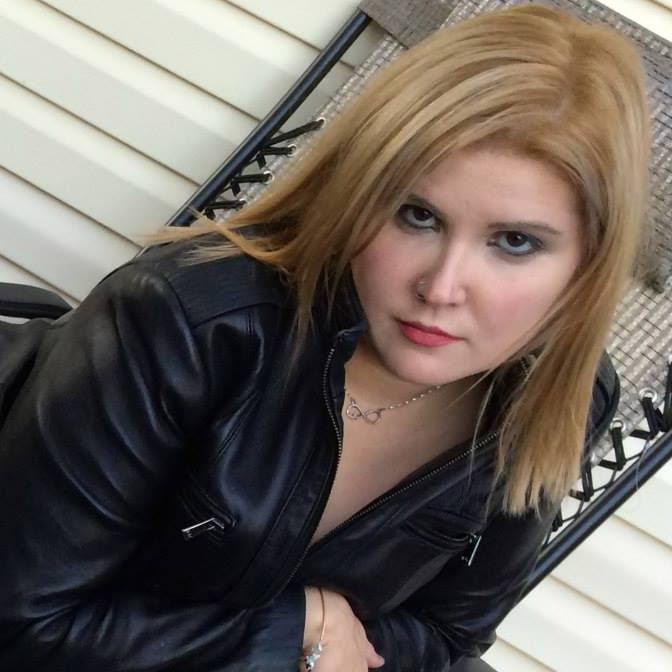 J.P.: How did this happen for you? What’s your life path? When did you first realize you could do hypnosis? Do you have a day job? Spouse? Kids?

C.V.: I always had the self-taught or natural ability for Hypnosis and NLP, however it took me a while to realize my potential and hone my talents. I learned by experimenting on those minds around me, using linguistics, pacing, and a few other techniques. My career path is private but I will volunteer that it’s within the arts, meaning music business as well as stage performance. I and married with two step kids.

J.P.: Your Twitter line is all about hypnosis—unless it’s about Bernie Sanders. Two questions: Along the lines of the ol’ “Republicans buy sneakers, too” Michael Jordan line, didn’t you worry about involving politics into your business profile? B. Now that Sanders is not in the running, can you support Clinton? Why, why not?

C.V.: Well, actually, I rarely post anything other than about my work but occasionally I may post about certain people I look up to. Politically yes, you are right, I did endorse Bernie Sanders, and no, I won’t be voting for Hillary, but will be supporting Jill Stein. I won’t support Hillary for many reasons, but the main explanation would be a lack of trust in her character, as well as her track record on certain issues important to me.

J.P.: What does a session with a client usually entail? How long does it last? What’s it supposed to accomplish?

C.V.: A Skype session with a client usually will be one hour long. It consist basically of some casual talk, followed by some mind-bending deep trance. I will take the subject on any journey I feel is needed to enhance their studies. Most subjects purchase my “studies” and allow themselves to go under while listening to my mp3 files. These files are necessary programming and allow me to take them deeper and further, as well as have the live sessions to be more effective.

J.P.: I once heard a hypnotist say something along the lines of, “I’m a guide, but I can’t change anything in you, or make you different.” Is that true? Or, in other words, what can a hypnotist do for a person? And how much of that is actually self-generated by the client?

C.V.: That of course depends on what techniques are being employed. Simple hypnosis can of course effect change if a subject allows it to happen. The subject must be a willing participant. That being said, I do have several clients who like to struggle and fight against what I do, but that is a certain fetish they have. They realize that the techniques of NLP and entrainment I use will take effect regardless of the conscious mind, or ego, and they like it. So the answer is, when it comes to what I do, yes, I can effect total change without the permission of the subject’s conscious mind.

C.V.: Worst is when I have stalkers who try all kinds of tricks to avoid paying me for my work. They always fail. Also I have had an instance where another Hypnodomme was jealous and curious about my work and why I was gaining such popularity and she actually made one of her clients book a session with me and record it to try to steal some of my stuff. Pathetic if you ask me. Of course I found out about it. I always do. No-one can hide anything from me. Best case is when a person who has psychological issues as well as a bad taste as well as a feeling of shame from previous hypnosis, and who now loves it and believes it to be a beneficial thing.

J.P.: What do your relatives think of this career choice? Do you talk about clients over, say, dinner? Is it hush-hush? Do your parents know? Care?

J.P.: It seems like, in the online world of sexual stimulation, it’d be impossible to find footing. I mean, there are endless options for endless tastes, treatments, etc. So how does one separate herself? How do you stand out from the crowd?

C.V.: I decided in the beginning to stand apart, and stick to my guns with real and actual hypnosis. Every other hypnodomme is either a glorified phone-sexer, or has men writing for them. I knew that if I threw my name in with the rest I would end up being seen in the wrong light. What they do is fine, but it’s simply not what I do, nor is it even close. There are one or two Hypnodommes who are decent but even they still do audio-porn and sexual favors for clients. I don’t do that. To me there is a world of difference between D/s and eroticism, and flat out prostitution.

• Best advice you ever received: Be yourself. I also love the litany against fear from Dune: “I must not fear, fear is the mind killer …”

• Ever thought you were about to die in a plane crash? If so, what do you recall?: Every time I get on a plane. You are in a small vessel in the middle of the vast sky and the only thing that keeps you from being swallowed up by it, is the wall of the plane. Flying always makes me ponder my own mortality and how fragile life really is. In May of this year, I was on a flight that had some bad turbulence. Due to storms, we had to be re-routed and land in a different airport. The lights went out and the plane shook so badly it made me bump into the guy sitting next to me. We hadn’t spoken the entire trip, strangers on a plane seldom do. He smiled with a look on his face that said “we’re probably going to do die so, hi”. We started talking after that. There’s no better icebreaker than the possibility of dying next to a stranger.

• Three memories from your senior year of high school: 1. Getting suspended; 2. Being in a musical; 3. Rollerblading and listening to Weezer.

• Why the name “Cathy Mitsuko Venus”? I am Goddess Cathy, descended from the line of Ishtar aka Venus. The nickname I sometimes borrow, Mitsuko, is a Japanese name. It’s the name of a central female character of many of Sion Sono’s films. He’s my favorite filmmaker. I had the fortunate experience to meet him at the Toronto International Film Festival a couple of years ago.

• What happens after we die?: I would never presume to know. I will have to get back to you on this one after I die. I will try my best to haunt you 😉 I just presumed to know that I would be able to haunt you by saying that. All humans are hypocrites.

• What’s the strangest food you’ve ever tried? And why did you try it?: A chicken heart. Because a bossy relative made me. It was disgusting!

• This is my all-time favorite song. Thoughts?: I’m familiar with this song. It’s sad and beautiful.

PrevPreviousHow do you say, “I’m a stud” in Russian?
NextFantasy Television, Fantasy IslandNext