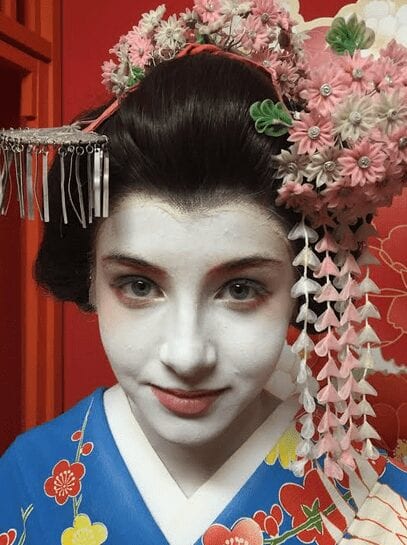 Dammit! Does anyone notice I’m back? It’s me—Jeff Pearlman! Look! This way!

Right. The guy with the receding hairline. The slanty nose. That’s me.

So it’s been two weeks since my last post, and with good reason. Namely, the family and I took a trip to Japan. The wife and I are enormous believers in experiences over material possessions, and my daughter (who was Bat Mitzvahed a few months ago) has long dreamed of visiting the Far East. So, after analyzing expenses and a shitload of planning (98.8 percent done by the wife—our main designer of big events), the four of us (I have a 9-year-old son) flew off to Tokyo. The journey encompassed 16 total days, and took us to Tokyo, Kyoto, Hakone and, for the final two days, Tokyo again. A bunch of day trips were interspersed in between.

Because I’m now entering my 31st-straight hour of being awake, this won’t be as inclusive as it should be. Actually, it’ll merely serve as some quick hits. Here I go …

• If you ever get the chance, fly Singapore Airlines. I mean … it’s just delightful. Hundreds of movies, excellent leg room, multiple hot meals, hot towels. Even spritzers, and as many cookies, chips and ice creams as a person could want.

• If you can avoid it, don’t hit up Tokyo or Kyoto in late-July/early-August. It’s oppressively hot, and even more humid. We probably spent $20 a day merely on drinks.

• There is a place called Nara. It’s a relatively short train trek from Kyoto—and there are deer everywhere. Deer that want to be pet, deer that want to be fed, baby deer, mangy deer. You can buy a packet of food for 150 yen, and for approximately eight seconds you’ll think it was a swell idea …

• You have to set your dietary restrictions aside. Why? Because you won’t know what the fuck you’re eating. There’s a fish ball here, a pig liver here, a cow thing that looks like a squid thing. But to visit Japan and restrict yourself to fried chicken is to go bowling and keep on your own sneakers.

• There are these ice cream bars made by a company, Morinaga. They’re a full cone exterior, with vanilla ice cream and a hard chocolate bar layer on the inside. I’m TELLING you, it’s the greatest thing ever. Ever, ever, ever, ever.

• You will ride more trains than a conductor. But that’s OK.

• As my friend Jon Wertheim likes to say, “They’re not giving stuff away.” Japan is a v-e-r-y expensive country. You’re not going to Nicaragua here. Expect to lose coin.

• You must karaoke. You simply must. We rented a room, and I can now forever say that my 9-year-old son and I teamed for a duet of Public Enemy’s “Black Steel in the Hour of Chaos.” My Father of the Year goose is cooked.

• Years and years ago, when my daughter was about 2, she had Gene Simmons’ design painted on her face. It was amazing—and we didn’t have a camera (this was pre-iPhone). I’ve kicked myself ever since. This time, the wife planned a few hours where Casey would be decked out as a geisha—makeup, wardrobe and all. This time we took 1,000 photos—and you’ll want to, too. Just fantastic.

• There is a singer named T.M. Revolution. You have my permission to pummel him.

• You will see the weirdest English language shirts ever.

CAN YOU SMELL THE NOTES?

• The toilets will blow your mind. Blow. Your. Mind. Your ass will never be cleaner. You’ll never want to sit on a room-temperature ring again. It’s a whole new world …

• Do this. Seriously, do this. We’re an incredibly tight foursome, and a big chunk of that comes from our travels. It doesn’t have to be Japan—it can be a three-day drive up the coast; a few nights camping in the woods. Whatever. But times goes fast, and kids turn into adults even faster.

So put the devices aside and go somewhere.