I used to write for you.

This was back in the mid-1990s, when you had standards. Remember? Editors edited. Writers wrote. You’d refuse copy were it not up to snuff.

That was a long time ago.

Lea, a Cheatham County Republican, penned an opinion piece headlined, FEEDING ‘THE ANIMALS’ MAKES THEM DEPENDENT. In case you forgot, here’s the lede … 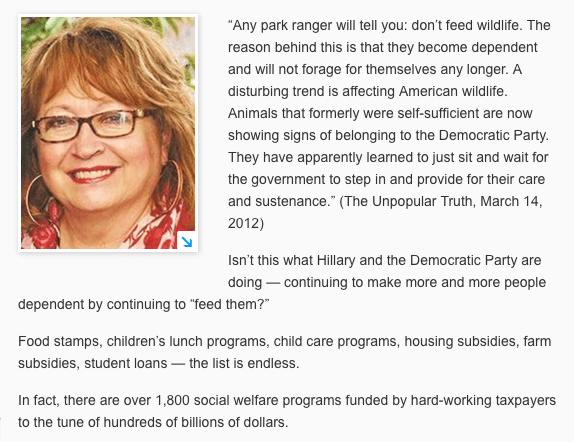 Let’s cut to the chase. Lea (no H) is referring to welfare recipients as animals. But, truly, she’s referring to black people as animals. It’s code, but not very good code. “It’s like animals at the zoo — they are totally taken care of — food, shelter, medical help, etc,” she writes. “As you all know, they can never be released back into their natural environment to fend for themselves and be productive in any way.”

Seriously, Tennessean, what the hell were you thinking? I’m yelling at you (as opposed to Lea Hudson) because I expect things of you, and I expect nothing of ignorant, arrogant, grime-faced fuckwads like her. I’ve known plenty of people like Lea Hudson—attend church, live happy white lives, have absolutely no remote idea (or interest) what it is to grow up in an underfunded school, or in a drug-infested neighborhood. I’d love to see Lea Hudson in Trenton. Or Gary. Or Newark. Or Compton.

I’m talking to you.

I am ashamed of you.