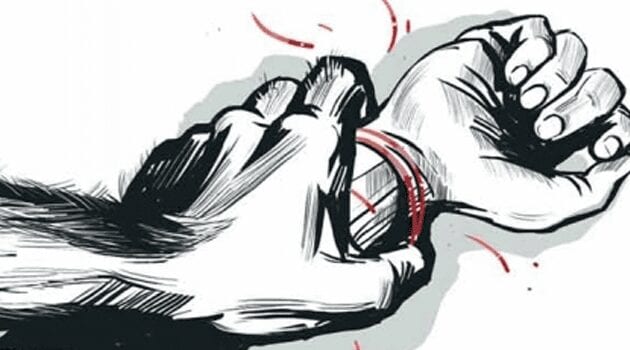 I have a journalist friend who was sexually assaulted. We were speaking last night, and the Donald Trump-Billy Bush video triggered very raw, painful emotions. I asked if she wanted to share her story, and she agreed, as long as she could remain anonymous.

This was insanely tough for her to write …

On your first day at a new job, there’s a good chance you’re going to have to sit and watch some 1980s video about sexual harassment in the workplace. It’s cheesy and good for a couple of laughs. But then one day it actually happens to you, and you don’t fully grasp what is going on until it’s far too late.

It happened to me at my first job out of college. My editor, in hindsight, had been grooming me for several months. I was always a tomboy, always wanting to fit in with the boys. I knew going into my field that I would not be working with a lot of women, and naturally I was the only female in my department.

I started going getting invited to monthly poker nights with my coworkers and boss. He came off as the coolest of the cool bosses. He definitely drank too much, keeping a flask of whiskey in his office. I thought of him as my mentor and constantly sought his approval of my work. I continued to try to fit in with the guys, and probably to my detriment. Men talk about women and sex, and I had a front row seat at the poker table.

Fast forward to the following year as I stood in his office upon returning from a trip I took to visit my then-boyfriend. The conversation went like this:

I blushed and started laughing.

Again, I blushed, laughed and said no. At the time I foolishly chalked it up to him just talking to me like I was one of the guys. There were several other inappropriate incidents that made me uncomfortable, but I was clearly a kid who was in complete denial of a very serious situation.

I worked like an indentured servant, taking my work home with me and secretly working overtime and not reporting it. I kept getting better at my beat and he started giving me more high-profile assignments. I thought I was living the dream.

One Friday night, I invited a coworker over for beers after work. My boss invited himself over. But then my friend left, and at some point he started rubbing my legs. He was working up my legs. I was frozen in shock, but I finally blurted out for him to stop.

Months later we were having an argument over the phone. I was at work, but I ran to the bathroom with my phone and told him, “You know what you did at my house.” He threw it in my face, challenging me to go to HR. He almost convinced me that it was all in my head, and it was enough to deter me from doing anything. Besides, I loved my job and my life was going well. I didn’t want to ruin it.

And then there was the spring night I will never forget. I went out to a bar to treat myself for all the great work I had done that week. My boss, who had texted me earlier that night, ended up there, too. I was sitting at a booth. Instead of sitting across from me, he sat next to me. He said he had been working out and losing weight, and he grabbed my hand and put it on his calf. I pulled away. He was pretty hammered and talking about ways to help me move up in my career.

Before I continue, I want to note that I was wearing a black Beatles T-shirt, baggy jeans and flip flops. I was wearing little to no makeup. I wasn’t dressed up. I wasn’t showing skin. We sat on the back of his truck in the parking lot when the bar closed. I wanted to make sure he sobered up at least a little bit before driving home to his wife and three kids. We went across the street to the burger joint. Back in the parking lot, I was pretty much ready to go home. What happened next would alter the course of my life and scar me for years.

He put his hands on my butt. Inside my pants. And he just … rubbed me. I was in a complete state of shock, absolutely paralyzed with fear. I tensed up. All I could do was think about places I wanted to visit, like AT&T Park in San Francisco, and pretend I was there, outside the reality of what was actually happening.

I ended up in the HR lady’s office with my stepmother, telling her every disgusting detail while crying hysterically. They let me switch departments, but I was still in the same building as the man and was afraid of bumping into him. I had panic attacks. The paper and the company that owned it “launched an investigation,” but of course he denied everything.

I eventually couldn’t take it anymore and left the paper for good. I had a very, very hard time trying to find work for the next two and a half years. I would make it to a job interview, but then I would falter trying to explain why I left my job and why my supervisor wasn’t on my resume’s contact list. My potential employers knew I was hiding something.

I felt like an outcast, and I felt like it was my own fault for being so naïve and putting myself in that situation. I wished that I had never tried to quit and never told HR about the harassment. I could have handled it differently. I had ruined my own life.

I finally landed a new full-time gig. My second week there, I was covering an event when my nightmare came back to life. There. He. Was. That sick motherfucker with the same shit-eating grin. I immediately panicked and dashed out of the arena, shaking and crying. I had a coworker e-mail me quotes and wrote my story from home. I’m glad I was able to file a story on deadline under the circumstances, but that night I was shaken to the core.

Now, six years later, I can finally sit and write about this experience without bursting into tears. I don’t even think about it that much anymore. Recent news events have brought these memories back up, though, and I had to vent.

I decided to tell my story today because I know there are thousands, if not millions of other women who have been treated this way. I’m proud to say I don’t let that part of my life define me anymore, but it was a long, hard road to get here.

Sexual harassment and assault is not a laughing matter. It is absolutely soul-crushing, and I wouldn’t wish it on the bitchiest bitch. I was terrified of taking my case to court out of fear of what the other side would do to shame me and ruin my life and career.

The story I shared is not the only time I have been subjected to unwanted comments and touching. I wouldn’t be able to count those incidents, dating back to college. And that’s scary. It’s a reality that women have basically come to accept, and men of all ages will never be able to understand what it’s like.

I’m taking a big risk by even writing this, and I want to thank Jeff for giving me the space to do it. I hope the men who are reading this take a step back and look at the way they talk about women when they’re alone with their friends, or how they approach someone they find attractive at a bar.

I do not hate men.

I just want to be treated with respect.