The dumbest people on earth 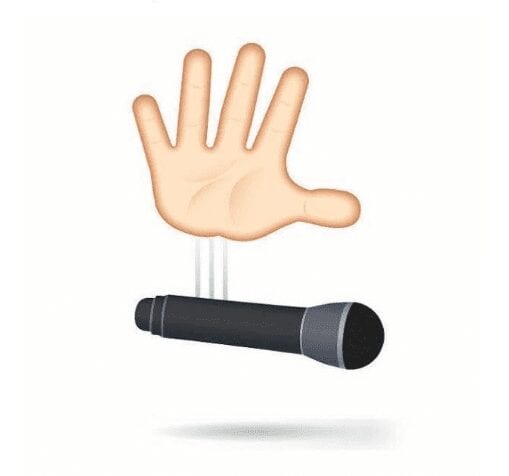 Is everyone a virgin? Wheres Bill Clintons cigar? Have you never said anything lude or rude? The media is ridiculous. Have you ever been in a mens locker room? Have you ever sat around the boys club drinking scotch and smoking cigars? Most of your husbands have had the word pussy on their tongue in their lifetime. Get a life people. Focus.

A few hours ago, while sipping from a drink at a nearby coffee shop, I made the awful mistake of checking Facebook and seeing the above words written by someone I know. The sentiment disgusts me—but what followed was truly … I don’t even know what word to use. So I’d like to take a moment and share portions of the thread, without identifying the people. Prepare to be entertained …

PERSON WHO WROTE ORIGINAL POST: its such bullshit. Im so sick of it. All the sudden the hillary supporters are holier than holy.

DOLT 2: the dumbest part of this whole thing is he said this and there’s no proof of him actually doing it. There’s people out here now making Hillary this defender of women when she basically condones her husbands womanizing behavior and blames all of multiple women he took full advantage of with his position of power. It amazes me how any one thinks she’s a defender of women’s rights when she enables a womanizing rapist.

SHOCKINGLY REASONABLE PERSON: Really… I think we can raise the bar for the presidency!

PERSON WHO WROTE THE ORIGINAL POST: Hes human. And i love you.

PERSON WHO WROTE THE ORIGINAL POST: And i dont disagree. Id like some class from my president. It was 10 years ago. People say shit they shouldn’t every day.

DOLT 5: I love how all the guy newsmen are “outraged” and “offended” at what he said. I guess they are all Saints. Not to mention the women..

DOLT 7: Bravo! I find it amusing that the libs find us deplorable for supporting someone who is down to earth, with human error, yet truthful and honest. But manage to support someone who is dishonest, deceitful, corrupt and criminal.

DOLT 8: What we all need to be posting is DON’T FORGET TO GO AND VOTE!!!!!! Posts on Facebook won’t do it alone!!! Pull the lever!

DOLT 10: It comes down to whether your concerned more about what a frighteningly dangerous woman has already DONE and can DO versus what a misogynist has SAID…for our country’s sake ill take the latter…

So … yeah. And here’s the thing: These people won’t change their minds. Because if you’re still supporting Donald Trump, you’ll always support Donald Trump. Which seems weird, but isn’t. Because, truly, we live in a nation of the proudly uninformed. I never noticed the phenomenon until this election cycle, but it’s undeniable. I don’t believe it’s a majority of Americans (I sure hope not), but still a v-e-r-y large number.

They don’t read newspapers or websites of proper sourcing. They don’t seek out information from unbiased outlets or (heaven forbid) people who fail to share their viewpoints. They see the world (and country) in a very black-and-white prism. Really, more of an Us v. Them prism. Us is, well, us—the people living here, in this town. We’re white, we’re hard working, we fly flags in front of our homes, we grind 40 hours a week to put food on the table. We’re good and family oriented and loving and respectful in most walks of life. But, deep down, there’s an anger. Why do blacks get so many breaks? Why are we letting all these criminals cross the border? Why should faggots be allowed to marry? It’s there, lingering, and if you pay attention you can read between the lines of their Facebook postings, their rants about America not being what it once was. And, if you’re willing to listen, some of it makes sense. In 2016, life without a college education is life in the margins of an ever-shrinking opportunity pool. The world is getting smaller and smaller, and opportunities for this genre of people is less and less. Really, they’re right—America isn’t what it once was for them. It’s harder. It’s more diverse. It’s more technological. It’s more dizzying.

There is zero dizzying about Donald Trump. Nothing. He is a white man who speaks with angry words about Mexicans and blacks and the people who dare to be different. Although his life is absolutely nothing like those of his followers, and although he has never done a thing to improve their collective lot, he has emerged as the fighter for their dwindling interests. Coal? Donald Trump loves coal—even though it’s an energy source from a bygone age. Drought? Fuck the drought! Donald Trump will let the water flow free. ISIS? To hell with ISIS! We’ll just bomb the shit out of them, and in 30 days it’ll be cleaned up. Taxes? You shouldn’t be paying so many! President Obama? Hahahaha. He’s a foreign-born Muslim who isn’t even qualified to hold the position.

Because they don’t read, or listen to opposing views, Donald Trump’s followers eat this shit up. And that—more than anything else—is why the latest bombshell about his comments are, in the words of my Facebook friend from above, “ridiculous.” Because it doesn’t matter to them. He can do whatever he wants … say whatever he wants, and it all comes back to what he symbolizes. Namely, a big middle finger to the establishment.

Here, though, is their problem: That middle finger isn’t big enough.

They are dinosaurs. Their children will look back in disbelief. “Mom, you supported Donald Trump? Didn’t he spend five years trying to prove Obama wasn’t born here? Didn’t he mock POWS as non-heroes? Didn’t he mock disabled people? Didn’t he say an Indiana-born judge couldn’t rule on a case because his parents were immigrants from Mexico? Didn’t he say he wanted to ban an entire religion from entering the United States? Didn’t he brag about groping women?”

And they will nod in shame, as their bi-racial grandchildren squeal in the background.