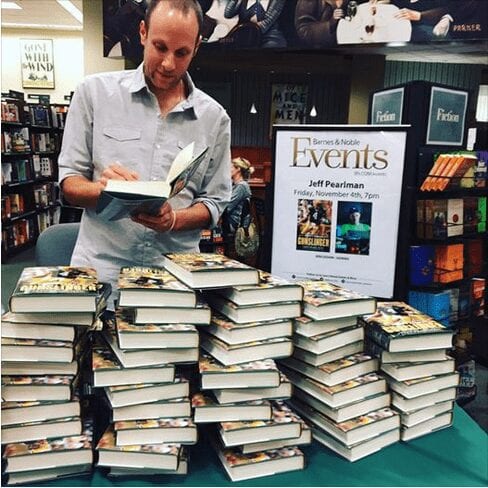 Here, in no order, are some thoughts and highlights:

• Three of the four signings were sponsored by newspapers, and served as “reward events” for loyal subscribers. As I note above, they were all pretty packed. As I don’t note above, they were all pretty packed by people old enough to remember Arnie Herber’s heyday. I’m not really exaggerating on this one—the attendees were (with some exception) extremely old and extremely gray. Which isn’t a problem. The folks were lovely and joyful. However, it does speak to the heartbreaking decline of newspapers. The ol’ “with every death subscription numbers drop” line is no longer a joke. It’s reality.

• At the suggestion of the wonderful women of Green Bay’s Barnes & Noble, I left tonight’s event and headed straight for Kroll’s West Restaurant, where—for the first time ever—I tried cheese curds. They’re fried, they’re filled with cheese and, well, they made me feel sick rather quickly. The first three or four—yum. The next three or four—OK. The final two—no good.

• Yesterday evening I was asked whether I’d appear this morning on the local ABC affiliate’s morning show. “Sure,” I said. “What time?”

This morning the alarm went off at 5. I rose, slipped on a suit and slogged to the station. The anchor woman told me she’s been waking at 2 am for four years. “But we are the No. 1 rated morning show in all of Green Bay!” she told me.

I just wanted to sleep.

• I was caught taking a selfie with my own book in an Appleton store. The manager actually heard the click on my phone and said, “No pictures allowed.” I was mortified.

• The success of this book has little to do with me. People here are buying it because the name Brett Favre appears on the cover. I’m well aware of this.

• I’d be pretty content to never answer another Brett Favre-related question again. But I can’t complain, because the people have been fantastic and folks are genuinely interested.