Can you believe if you don’t believe? 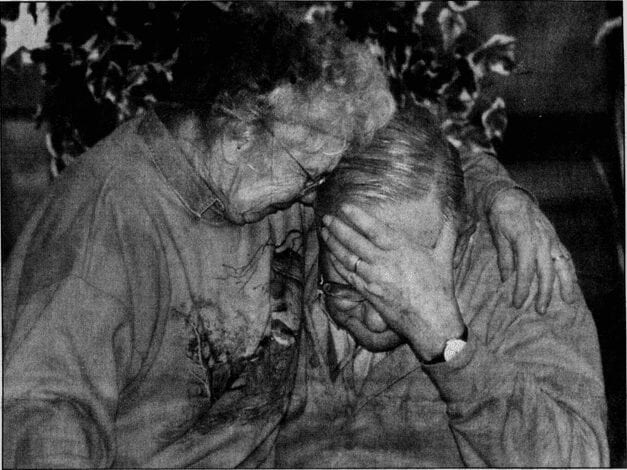 A few moments ago I was skimming through Facebook posts when I came upon a friend who wrote of faith. There was a bit of a back and forth with different people, then this comment from someone I don’t know …

Anyone of true Christian faith believes homosexuality is a sin. That being said, a true Christian will not judge those people and will love them unconditionally as they love anyone else

I’ve thought about this quite a bit. Not, specifically, homosexuality, but the idea that, to be of a certain faith, you must hold on to certain specific beliefs. It made me think of boyhood, when one of my grandparents would explain that, “Being Jewish means we believe …” followed by a list of certain things we, as a people, hold as truth.

That’s actually the big point—you can’t believe what you don’t believe. So if you’re Christian, for example, and you attend chapel weekly and listen to the preach and love God with all your heart … but you just don’t think homosexuality is a sin; well, does that mean you’re a non-Christian? A failed Christian? Because you don’t believe? Are you expected to lie and say you believe? Just go along with the masses—many of whom are probably going along with the masses?

If I tell you the sky is purple, and you see it’s blue, I can’t convince you to believe it’s purple. If I tell you your favorite athlete is LeBron James, but it’s actually Carmelo Anthony, I can’t convince you it’s LeBron James. Even if I threaten you. Even if I promise you tons of money. You can lie, fib, whatever. But beliefs are, generally, non-negotiable. They’re stubborn, like cement and my aunt.

So, really, don’t feel bad if you don’t believe what you’re told you need to believe. It’s a flawed system, perpetrated by people who want to sway your leanings and enter your wallet (and, sometimes, pants).

PrevPreviousI accept your apology
NextNew study: Why our 45th president will be Donald TrumpNext