I accept your apology 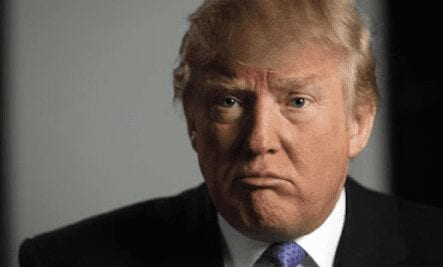 I accept your apology.

Whether you’re apologizing tonight, or next week, or next month, or even a year from now—I accept your apology, and appreciate the sincerity of your words.

You bought Trump’s miracle hair growth formula, because—much like those of us who visit faith healers and lose-20-pounds-per-hour diet clinics—you wanted to believe. You loved what he was saying. Big wall. Mexico will pay. Jail Hillary. Jobs for everyone. Punish China. Make America great again. And, truly, you’re not alone. The man convinced a whole lot of American voters that he had the answers. Just as he once convinced USFL owners and Trump University students and Atlantic City casino investors that he had the answers. It’s what con men do. They con, and you fall for it.

Whatever the case—at some point you realized that, as much as you dislike Hillary Clinton, at least she’s not an insane person. And right now, thanks in small part to your excitement over a fraud, we are led by, well, a fraud. An insane fraud. Who doesn’t understand geopolitics, and probably couldn’t name for you the capital of South Dakota or the British prime minister.

So, hey, we’re all good. And if America exists the next time we meet, I’ll buy you a beer.

PrevPreviousAnyone wanna talk about my book!?!?!? Anyone …
NextCan you believe if you don’t believe?Next