The saddest/most beautiful story ever 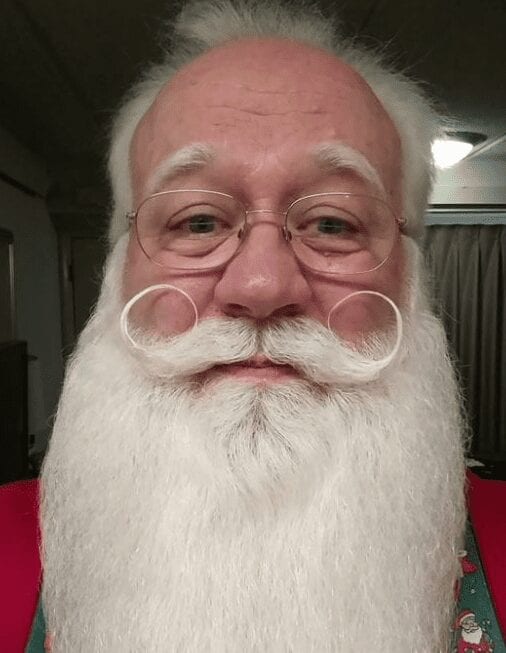 Stumbled upon this today, broke my heart.

Eric Schmitt-Matzen is a 60-year-old man in Knoxville. He’s 6-feet tall and weighs about 300 pounds, and he devotes his free time to visiting hospitals as Santa Claus. I mean, I don’t know Eric’s political leanings, his sports leanings, his marital history, his sins, his low points—and I don’t care one iota.

If you are a person who devotes himself to bringing light to the infirmed, you’re good with me. Especially if you’re like this, as reported by the Knoxville News Sentinel … 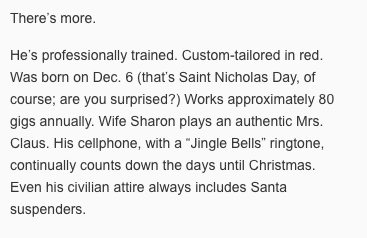 A few days ago, Eric was summoned to the local hospital, where a terminally ill 5-year-old boy wanted to see Santa. Eric rushed to the scene and was greeted by the mother. “She’d bought a toy from (the TV show) PAW Patrol and wanted me to give it to him,” he told the newspaper. “I sized up the situation and told everyone, ‘If you think you’re going to lose it, please leave the room. If I see you crying, I’ll break down and can’t do my job.’”

Eric entered the room and sat with the boy. “They say I’m gonna die,” he told Santa. “How can I tell when I get to where I’m going?”

“When you get there,” Eric replied, “you tell ‘em you’re Santa’s number one elf, and I know they’ll let you in.”

Moments later, while embraced in a hug from Santa Claus, the child died.