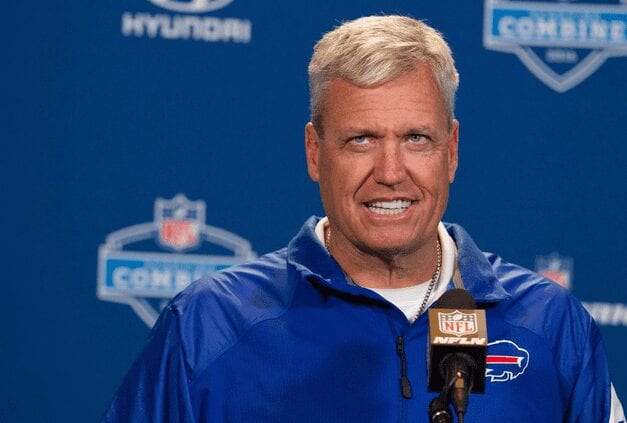 There are people in this world who we believe, even though it makes no sense.

I used to think this of Dick Cheney, the former vice president. I knew Cheney was fully of shit, and you probably knew Cheney was full of shit. Yet, even as a liberal’s liberal, I would hear him speak during an interview and, somewhat subtly, think, “Hmm, maybe he’s right.”

The same goes for many with Donald Trump. Even though the man is America’s greatest con, people tend to fall for his bullshit bluster. Why? i don’t know. You’d think after Trump University and the USFL and failure to pay contractors … well, really. You’d think we’d know he’s a bullshitter. But, instead, we just elected the bitch president.

But, wait. Wait. This is neither an anti-Cheney nor an anti-Trump rant.

In case you have yet to notice, the Buffalo Bills once again suck. They’re undisciplined, outgunned and prone to baffling mental and physical errors. They’ve made questionable personnel moves, topped by questionable mid-game insertions. For longtime New York Jet loyalists (like myself), this comes as no surprise. During his time with the green and white, Ryan spewed lots of yang, but delivered on little. He had some solid seasons, but it always felt like the Jets could have been more; could have been better. Ryan guaranteed much and delivered little. Actually, I want to say that again: Ryan guaranteed much and delivered little.

It’s who he is as a coach, yet the Bills—knowing Ryan well—still fell for his blatherings. He was hired a couple of years ago, praised as the savior, hailed as a hard-charging tough guy who could restore Buffalo’s glory.

Alas, like Cheney and Trump, Rex Ryan sucks. He’s a good coordinator and a brutal coach, and will likely be fired at season’s end.

As he probably should be.