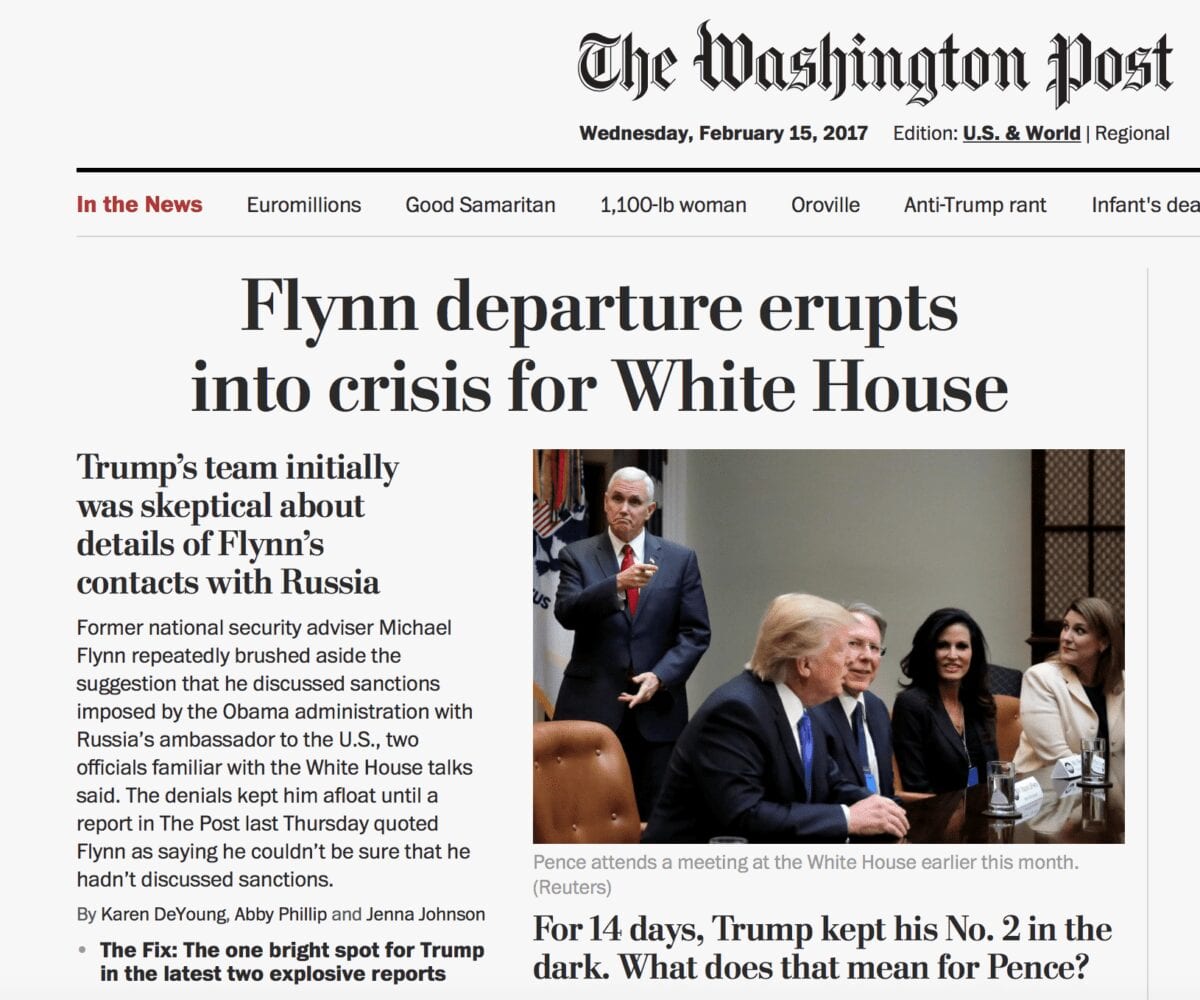 Over the past year or so, Donald Trump has taken to bashing “fake news.” This is funny for about 150 reasons, beginning with:

A. He spent five years “proving” Barack Obama was a Kenyan-born Muslim.

B. His top adviser is Steve Bannon of Breitbart.

C. He lies more than any human I’ve ever seen.

But, truly, I digress. Thanks to Trump, I’ve reached a new level of political junkie-ness. I’m addicted to the news; to reporting; to research. And, despite Trump’s whines and despite the shrunken budgets and ad revenues of news outlets, some of the work has been beyond stupendous. So here’s my unsolicited ranking of the top places to go to snag your political fix:

• 1. The Washington Post: I paid $99 for a digital subscription, and it’s the gift that’s bought itself. The Post is almost always first with inside detail, with behind-the-scenes nooks. I used to always hit the New York Times without a pause. But the Post is now my lead stop.

• 2. The New York Times: The more Trump mocks it as “failing,” the more attention he brings to its outstanding coverage. In particular, the Times offers two of America’s best political columnists—Charles Blow and Gail Collins.

• 3. Morning Joe: The MSNBC program is just … I mean, it’s the best thing on TV right now. Joe Scarborough is a former Republican congressman who is unwilling to let his former colleagues get away with nonsense. Right or left. The show posts its latest videos on YouTube. I check them out as soon as my kids dash off to school.

• 4. Politico: Was never a reader of the site—now can’t stop. The analysis is on point, the reporting fierce yet reasoned.

• 5. New York Magazine: Nobody weaves together a piece like Frank Rich.

• 6. CNN: I’ve never been a big fan, and they too often lean on easy click nonsense. But Trump’s repeated slamming of the network’s coverage is pure bullshit. He doesn’t like being exposed. And CNN exposes.

• 7. Sean Hannity: My dad, Stan Pearlman, gets a nod here. If you wanna know what it is to be an unabashed, unwavering Trump worshiper, this is your window. A dumb, involved man hosts this train wreck. But it’s worth occasional glimpses.

• 8. The Closer with Keith Olbermann: Keith is an odd bird. Gets somewhere, tears it up, inevitably either quits or is shown the door. But he’s brilliant and almost always sharp. Like Rich, he weaves narratives beautifully. These videos are gems.

• 9. Charles Pierce at Esquire: Maybe the best writer to walk the earth. Trust me.