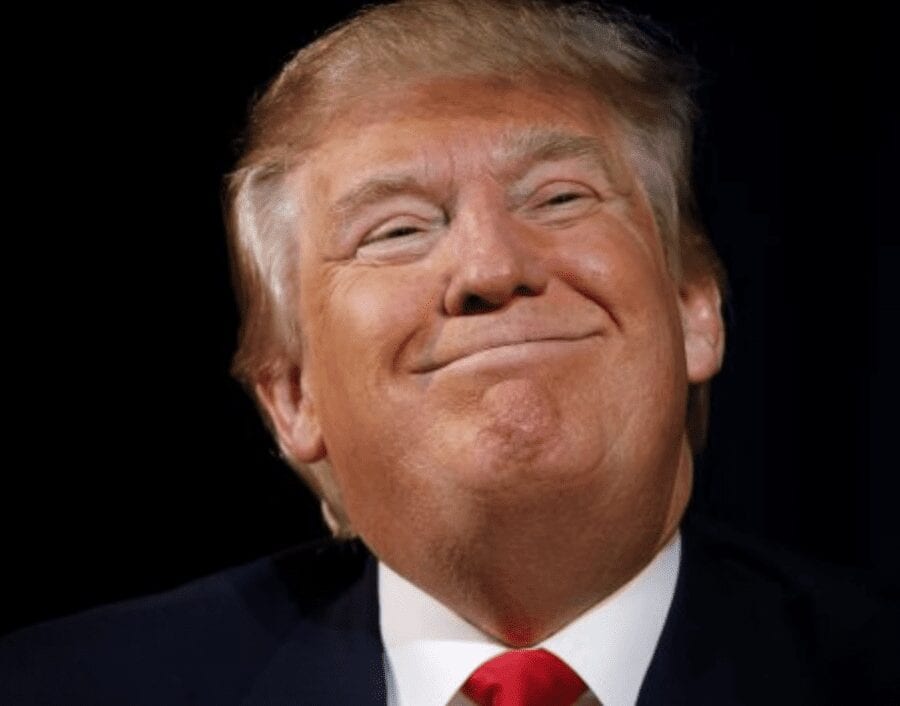 This is an unedited photograph of Donald Trump, our president.

He is, without debate, a strange man to look at.

His hair is super weird, like two handfuls of 20-year-old straw glued to a scalp.

His ears are tiny and unnaturally low.

He has this Jupiter-shaped blotchy thing right above his chin(s).

There’s a whole lot of fleshy abyss dangling from what should be his neck. It takes me back to boyhood, when these enormous cocoons (filled with black worms) dangled from our trees.

His eyes are tiny little slits.

His eyebrows are bushy—the left more than the right.

The color of his skin—it’s this orange DayGlo thing that suggests an hour per day beneath a sorta-works-sorta-doesn’t-work  tanning machine.

Now, to be clear, I do not judge people on looks. I refuse to surmise someone’s character based upon appearance. That’s something children do, before they learn the importance of heart and soul.

Yet, in the aftermath of his attack on MSNBC’s Mika Brzezinski, I have to ask: What sort of man who looks like this attacks others for their appearances?

It’s … odd. Warped. Bizarre. It suggests a brain that sees not what is placed before the eyes. Does Donald Trump look in the mirror and think, “Boy, I am one dashing figure”? Does he see this? Or this? Or this? Because while it would be assholic for, say, George Clooney to mock others for their appearances, it’s both assholic and inexplicable for Donald Trump to do so.